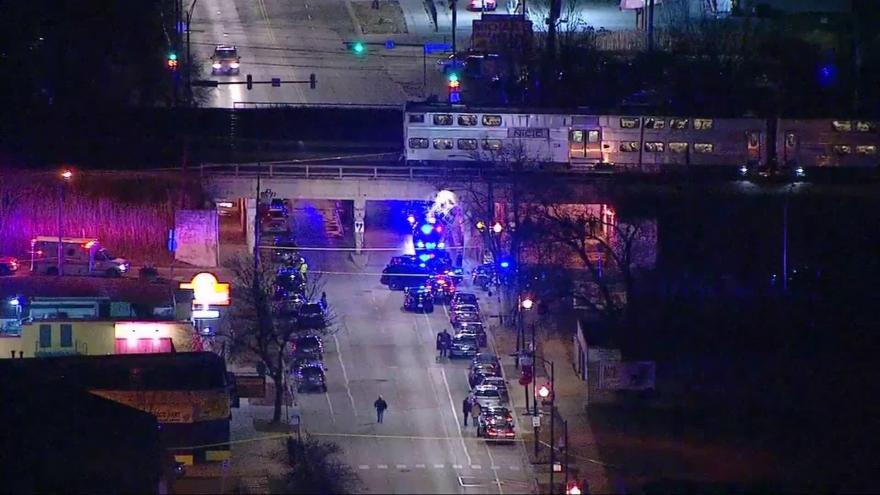 Chicago police officers Conrad Gary and Eduardo Marmolejo were responding to a call when a passing train hit them.

Conrad Gary and Eduardo Marmolejo were responding to a shots-fired call -- issued after a ShotSpotter sensor detected gunfire on the city's South Side -- when a passing train hit them, Chicago police Superintendent Eddie Johnson told reporters.

The officers were searching an area near the train tracks at 103rd Street and Cottage Grove Avenue when they were struck, Johnson said. The train was traveling at 60 to 70 mph, he said.

When the officers confronted the suspect, he took off running along the tracks, said police spokesman Anthony Guglielmi. The officers gave chase, and while body camera audio indicates the officers were aware of a northbound train in the area, they did not realize a southbound train was approaching, he said.

It appears the noise from the northbound train masked the sound coming from the other train, Guglielmi said. There's no indication the policemen saw the southbound training coming before it struck them. They died instantly, he said.

"While doing the most dangerous thing any police officer can do, and that is to chase an individual with a gun, these brave young men were consumed with identifying a potential threat to their community and put the safety of others above their own," Johnson said.

A suspect was ultimately taken into custody and a gun was recovered, Johnson said.

"This holiday will never be the same for those two families," Chicago Mayor Rahm Emanuel said. "And while our hearts are with them, we lost people who answered the call to make Chicago a better place. We go about our lives not thinking twice and we can do that because of the men and women in the Chicago Police Department."

Johnson asked Chicago to pray for the families of the officers, and for the men and women of the officers' Fifth District, "who, even tonight, would stop at nothing to safeguard their community," he said.

"This has been an immensely difficult year for the Chicago Police Department," Johnson said, "and especially for the men and women of the Fifth District, where they have faced tragedy after tragedy this year."