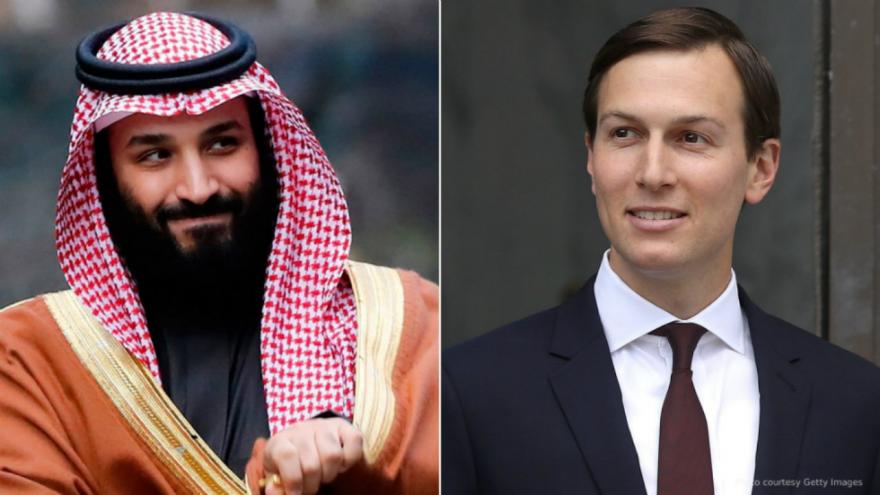 The move is one of three legislative efforts taking shape to target the crown prince and the Trump administration's policy towards Saudi Arabia. One of the other measures, a resolution to stop US support of the Saudi-led war in Yemen, will head to the floor for a Senate vote Wednesday.

Corker, who opposes the Yemen resolution, is instead pushing forward with his own measure directly placing the blame on the crown prince, whom the Trump administration has sided with in the aftermath of the killing. Corker told CNN on Tuesday that he is moving to lock down support from top senators in both parties, saying he has enlisted Senate Majority Leader Mitch McConnell as a co-sponsor and wants to push it through the Senate this week.

"I wish that the President would speak to this, I do," Corker said of the crown prince's alleged role in the Khashoggi murder. "They know that. I don't know how many different ways I can express that. It's important for the United States to speak with one voice, when we know that the crown prince was responsible for the murder of a journalist. That is not debatable. That's not debatable."

Corker said late Tuesday he would hold off on offering his plan to assuage Democratic concerns that it could be used as a way to peel off support for the Yemen resolution. But Corker still expects his resolution will be adopted this week assuming all senators give consent and allow it to proceed.

The resolution is stronger than a non-binding measure and would have to be approved by both chambers before sending to Trump's desk for his signature, a move that would amount to a direct confrontation over Trump's efforts to downplay the murder. In a move that has infuriated many in Trump's own party, the President cast doubt on the CIA's assessment that bin Salman personally ordered the killing and has instead emphasized the importance of America's ties to Saudi Arabia. Corker spoke to CNN on Monday about the issue, saying, "I think what you're finding is a strong sense of outrage if you will in the Senate ... as a result of the actions of the crown prince. I would say that I don't see this going away."

It's unclear whether the GOP-led House, in its final days in power, will approve a similar measure that would amount to an affront to the President. On Wednesday, House leaders will be briefed by senior administration officials about the Khashoggi murder including a briefing with CIA Director Gina Haspel. And on Thursday, the full House will be briefed by Defense Secretary James Mattis and Secretary of Sate Mike Pompeo on Yemen and Saudi Arabia.

In the Senate, other legislative efforts are taking shape.

On Wednesday, the Senate is expected to take an unprecedented step of employing the War Powers Act to pull back support of the US role in Yemen, a measure drafted by Sens. Bernie Sanders of Vermont, Mike Lee of Utah and Chris Murphy of Connecticut.

Separately, the Senate Foreign Relations Committee is also weighing whether to vote on legislation to suspend arms sales with the country and sanction individuals responsible for the murder of Khashoggi -- including potentially the crown prince because of his alleged role in ordering the killing.

But Corker and the top Democrat on the committee, Sen. Bob Menendez of New Jersey, are still squabbling over how to structure language in the bill to impose sanctions on the crown prince, the senators told CNN.

Menenez said late Tuesday, "I don't think so" when asked if they were getting closer to a deal.