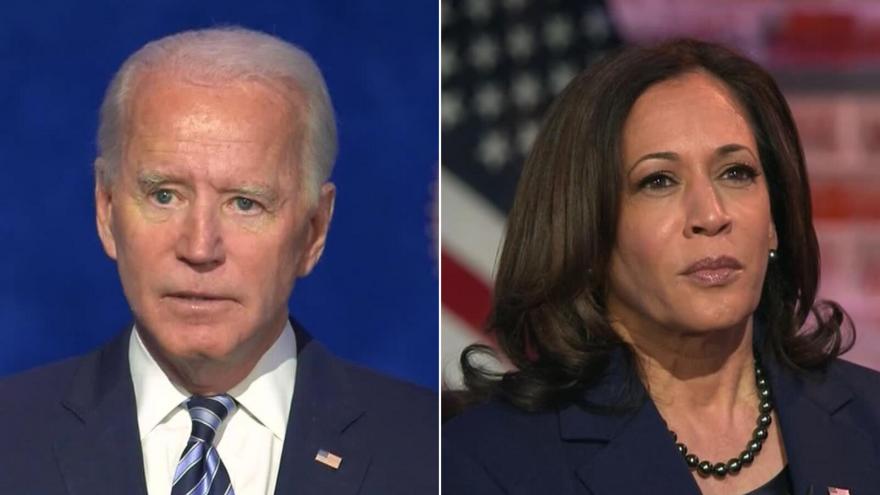 (CNN) -- President-elect Joe Biden and Vice President-elect Kamala Harris will take their oaths of office at the US Capitol in January during a significantly scaled-down inauguration ceremony that will implement "vigorous health and safety protocols," the Presidential Inaugural Committee said Tuesday.

The committee urged Americans to refrain from traveling for the inaugural activities amid the ongoing coronavirus pandemic. The ceremony's footprint will be "extremely limited," according to the committee, and the parade on Inauguration Day would be "reimagined."

"Our goal is to create an inauguration that keeps people safe, honors the grand traditions of the Presidency, and showcases the Biden-Harris Administration's renewed American vision for an inclusive, equitable, and unified citizenry," committee CEO Tony Allen said in a statement.

The announcement came a day after the US surpassed 300,000 deaths from Covid-19.

Much like the Democratic National Convention -- which was forced to go online over the summer in efforts to keep the virus from spreading -- the inauguration festivities will feature a virtual program to allow Americans to participate from home.

More details about the January 20 event will be announced in the coming weeks, the committee said.

The expectation is the event itself will be smaller than usual and attendees will have to wear masks and maintain social distance within the ticketed parameters. There is also ongoing discussion about requiring Covid-19 tests for anyone who will stand on the main platform near the President-elect, who is 78.

The committee also on Tuesday announced more additions to the team.

Dr. David Kessler, the former commissioner of the Food and Drug Administration who has been advising Biden on the pandemic, will join the planning committee as its chief medical adviser. The committee said it would consult with additional medical experts and that it has hired professional staff to focus on health and safety protocols in order to hold a safe event.

"The pandemic is continuing to have a significant public health impact across the nation," Kessler said. "Americans everywhere must do their part to slow the spread of the virus: wear masks, stay home, and limit gatherings. We are asking Americans to participate in inaugural events from home to protect themselves, their families, friends, and communities."

Stephanie Cutter and Ricky Kirshner are joining the planning team as executive producers, and Rod O'Connor will be a senior adviser. They will work with other professionals who helped produce the Democratic convention, as well as past presidential inaugurations, Super Bowl halftime shows and the Tony Awards.

It remains unclear whether President Donald Trump will attend the inauguration. CNN has previously reported that almost nobody around the President said they could envision the losing incumbent attending his successor's inauguration, but that some Republicans and aides to Trump are encouraging him to at least consider attending Biden's swearing-in. Trump has refused to concede the election, the results of which were affirmed Monday by the Electoral College, and has continued to make baseless claims of widespread voter fraud and election rigging.

Biden's inaugural committee is working closely with the Joint Congressional Committee on Inaugural Ceremonies. A spokeswoman for JCCIC previously told CNN that it had voted in June to conduct the swearing-in ceremony on the West Front of the US Capitol, where the construction of the platform is underway.

Paige Waltz told CNN in a statement that the JCCIC was "committed to a traditional, safe, and inclusive ceremonies and is proceeding under the direction that it is more feasible to scale down the plans than it is to scale up."