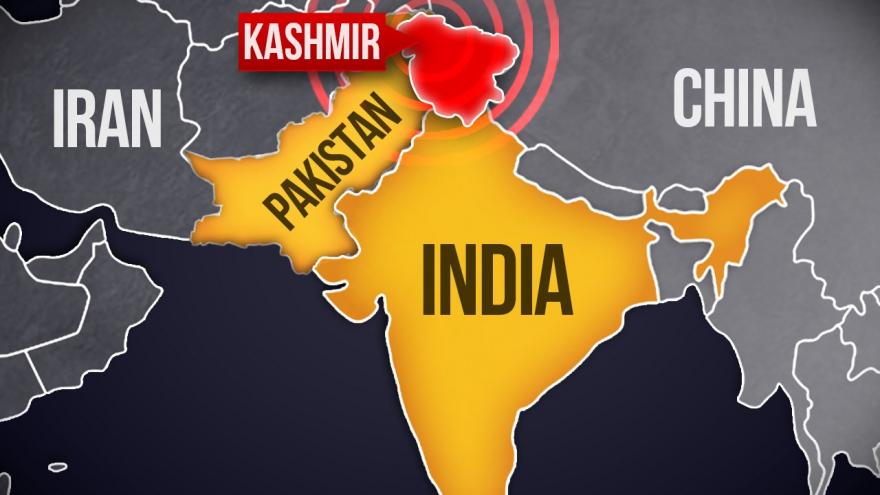 ISLAMABAD (AP) — Indian police say officials have recovered four bodies from the wreckage of an Indian Air Force chopper that crashed in Indian-controlled sector of Kashmir.

Senior police officer Munir Ahmed Khan said the chopper crashed close to an airport on Wednesday in Budgam area, in the outskirts of the region's main city of Srinagar. The Srinagar airport, which has been shut along with two other airports for civilian flights in the region, is also an air force station.

Police said they were still going through the wreckage and did not immediately identify the victims. Local residents earlier said they saw three bodies at the site.

Eyewitnesses said soldiers fired warning shots in air to keep residents away from the crash site.

Meanwhile, as the tensions and confrontation escalated between India and Pakistan, authorities asked workers to paint rooftops of hospitals and clinics in red and white with medical emblem of cross in Srinagar city.

India says one of its air force Mig-21 fighter aircraft had been "lost" in an engagement with intruding Pakistani aircraft in the Indian portion of Kashmir and that its pilot is missing.

India's External Affairs Ministry spokesman Raveesh Kumar says that one Pakistan air force aircraft also was shot down and India's ground forces saw it falling from the sky on the Pakistan side on Wednesday.

Kumar's statement came hours after Pakistan claimed that its air force shot down two Indian warplanes after they crossed the boundary between the two nuclear-armed rivals in the disputed territory of Kashmir and captured two Indian pilots, one of whom was injured.

Kumar said India was still "ascertaining" whether its pilot was in Pakistan's custody.