Indiana boy gets honorary black belt for fighting off dogs 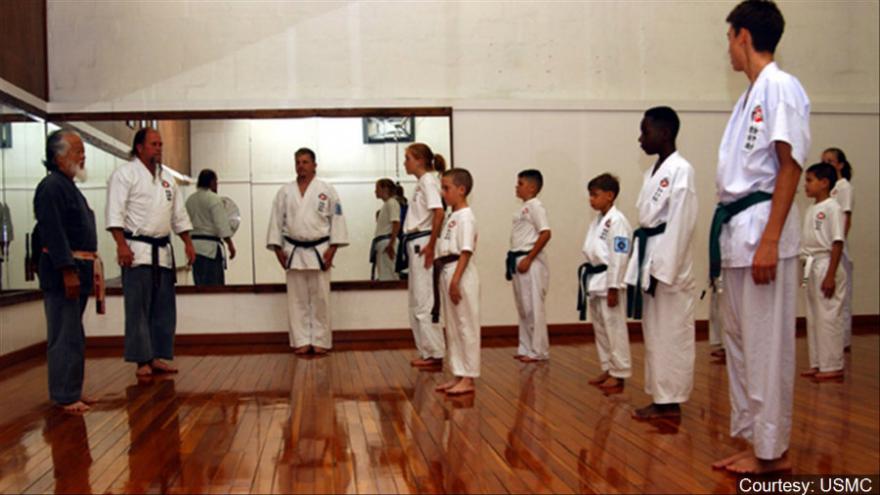 MUNSTER, Ind. (AP) — An 8-year-old Indiana boy who saved his 2-year-old brother from a dog attack has been awarded an honorary black belt.

Sasha Pchelenkov of Munster was recently honored by a martial arts school, Region American Taekwondo Association in Highland, where he trains.

The owner, Ann Marie Coglianese, says courage in spite of fear is one of the principles for someone pursuing a black belt. She says the school wanted to celebrate Sasha and his brother, Misha Moore.

Sasha suffered bite wounds to his thigh and face and numerous scratches while rescuing Misha from pit bulls on Aug. 15. A neighbor chased the dogs away with a bat.

Their mother, Tatiana Moore, says the recognition was special. She tells The (Northwest) Indiana Times that she cried when she "saw everyone lined up outside" for him.

Information from: The Time.