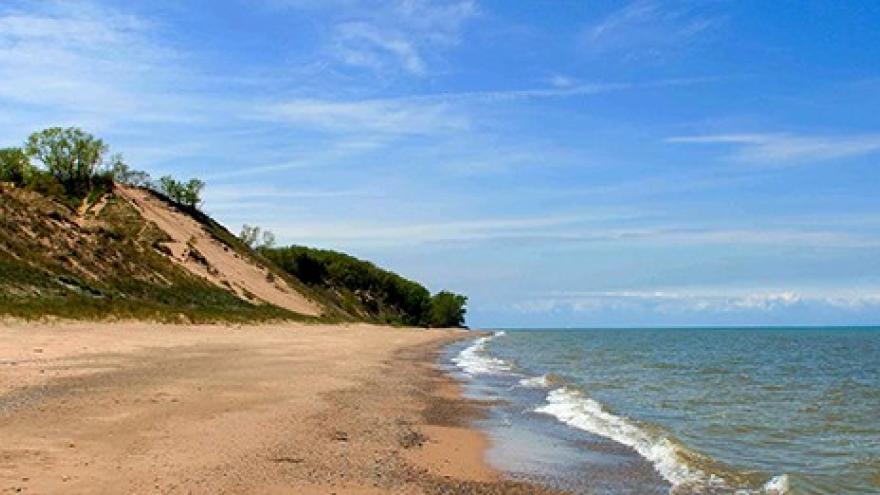 The Indiana Dunes Visitor Center tallied 131,662 visitors in the first eight months of 2019, breaking its all-time annual record, the Chicago Tribune reported. The park drew in over 42,000 visitors in July, more than doubling totals from the same period last year.

In February, the 15,000-acre (6,070-hectare) park along the southern shore of Lake Michigan became Indiana's first national park . Dunes superintendent Paul Labovitz said visitor numbers have been "over the top" since the new designation.

"Now it's a national park, and so it must be spectacular, right?" Labovitz said about the giant sand dunes that were formed over 10,000 years ago and reach almost 200 feet (60 meters) tall in some places. "It's always been spectacular, but the name seems to resonate. And frankly, we'll take it."

For those who frequent the Indiana dunes, the national park designation has revealed itself in various ways — through an upsurge in logged visits, busier trails and the need to order extra custodial supplies.

Cathy Martin, program manager of Save the Dunes, said the beaches have always been popular during summer, but there are now more people on the trails. Martin has previously walked at the Miller Woods Trail without seeing anyone else there. On Memorial Day, she saw at least a dozen people.

"I've never seen anything like that," Martin said. "So, I think that name change has sparked a desire to learn more."

In March, the month after the name change, the dunes saw some of its best tourist totals across decades, according to National Park Service reports. Over the Labor Day weekend, visits surpassed 5,000, numbers that used to be "record-breaking" but are now normal, Labovitz noted.

"This crush of visitors is clearly an indication that the public responds to that national park name," he said.