Indiana GOP divided over 'man and a woman' marriage question 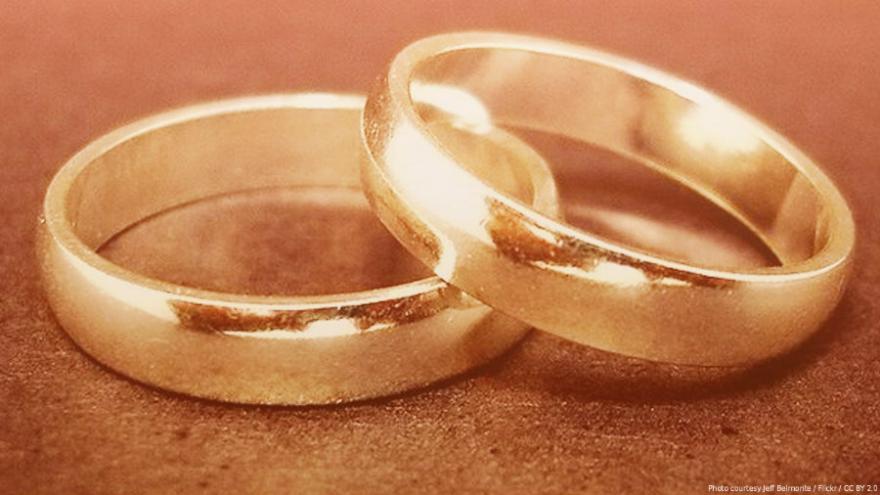 INDIANAPOLIS (AP) — Indiana Republicans could remove language from the state party's platform that indicates marriage can only be between a man and a woman — and social conservatives are not happy about it.

The Indiana Republican Party approves a platform every two years, with the latest update scheduled for a vote during the state GOP's convention this coming week in Evansville.

Republicans have gone back and forth on the issue in recent years. In 2012, language regarding gay marriage was removed, but when Vice President Mike Pence was governor it was put back in, and a resolutions committee in 2016 blocked an effort to strip the definition of marriage from the platform.

This year's draft, which the state party says was leaked by opponents of the change, affirms support for "traditional families with a mother and father." But it also calls for support to "blended families, grandparents, guardians, single parents and all loving adults who successfully raise and nurture children to reach their full potential every day."

Micah Clark, executive director of the socially conservative American Family Association of Indiana, told the Fort Wayne Journal Gazette that is a "weak statement" that was "pure mush."

"The Indiana Republican Party should stand for something, and not turn its back on a massive part of its base known as 'values voters,'" Clark said.

He said he emailed the proposed statement to his supporters and urged them to contact state party Chairman Kyle Hupfer, who called the new draft a "compromise" and "inclusive."

"Our goal was to try not to offend anyone," he said.

Megan Robertson, a gay Republican who has pushed for inclusivity in the past, tweeted that the new language is "not perfect but a step in the right direction."

She also took aim at Clark, whom she accused of not caring "one bit about the Republican Party - that's why he leaked the platform language."

After Clark emailed out the language, the state party publicly released the full platform.

"A member, or members, of our 2018 Indiana Republican Party Platform Committee leaked the drafted platform ... That's a significant breach of trust," Hupfer wrote in an email, explaining why the party was releasing the document ahead of schedule. "Here you just have the words themselves in black and white."