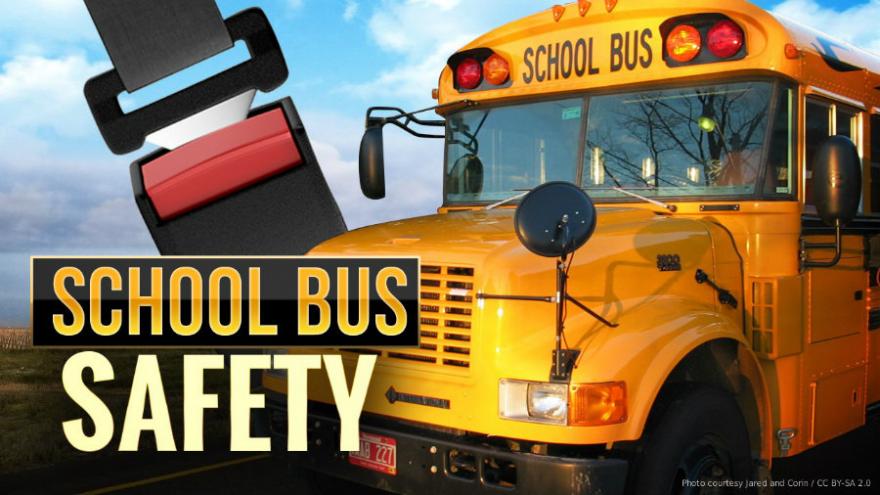 INDIANAPOLIS (AP) — Indiana legislators are pushing to add cameras on the outside of school buses after police say a driver ignored a stop arm and crashed into children crossing a road, killing three and critically injuring another.

Republican Rep. Jim Pressel said he was already working on such legislation before the accident Tuesday morning in Fulton County.

Indiana State Police Sgt. Tony Slocum said the pickup's driver, Alyssa Shepherd, 24, of Rochester, was arrested and charged with three counts of reckless homicide and one misdemeanor count of passing a school bus when an arm signal device is extended, causing bodily injury.

More than 3,000 drivers have violated the state's school bus stop-arm law, according to the Indiana Department of Education. Under the law, an officer must witness the violation to ticket someone, according to Indiana State Police Sgt. John Perrine.

"We almost have to be in the perfect position to see that that stop arm is out to see the relation, the location of that car, as they're passing the bus," Perrine said.

The cameras would be mounted to the outside of buses and would take pictures of drivers who pass when the stop arm is deployed. Law enforcement agencies could then use the pictures to issue charges or citations.

Previous attempts to employ stop-arm cameras in Indiana have run into roadblocks.

"The concern expressed at the time was about privacy," said Democratic Rep. Ed Delaney, who co-sponsored stop-arm camera legislation several years ago. "I just don't share that."

"I hate to think of this," he said. "But tragedies lead to people taking action. Maybe something like this would have greater likelihood now because of what happened."