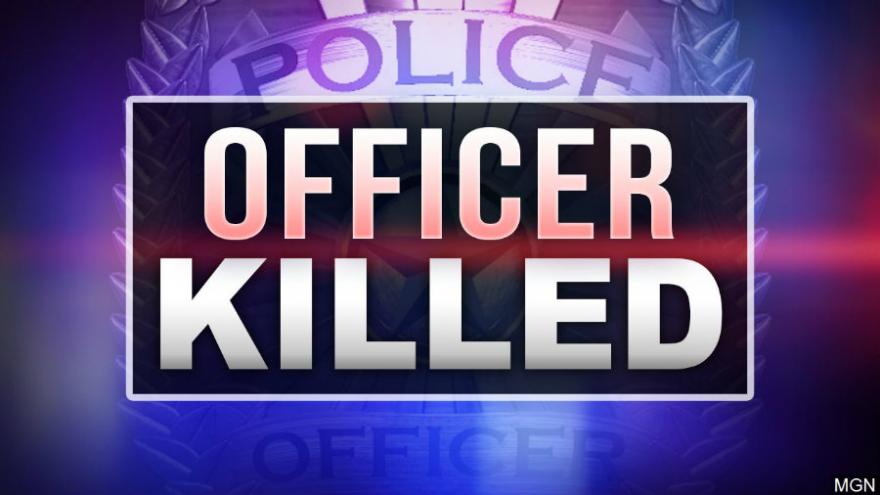 TERRE HAUTE, Ind. (AP) — An Indiana officer was killed Friday evening in an exchange of gunfire between police and a homicide suspect, who barricaded himself inside an apartment complex and later died from injuries sustained during the shootout, authorities said.

Terre Haute police spokesman Ryan Adamson said the police officer's investigation of a homicide led him the apartment complex on the city's south side. Authorities did not reveal when the homicide under investigation occurred.

Adamson said the suspect in that homicide opened fire when he was approached by four investigators, wounding the officer who was later pronounced dead at Terre Haute Regional Hospital. No additional information was immediately available on the male officer who was killed.

"It is another tragic loss for the Wabash Valley and the Terre Haute Police Department," Indiana State Police spokesman Joe Watts said in announcing the officer's death.

Terre Haute Police Chief John Plasse said the suspect was wounded in a shootout with officers from the city and other agencies, then barricaded himself inside the building. The wounded suspect was treated by medics who responded to the scene, but the suspect later died, Plasse said.

During the standoff officials called the area dangerous and urged residents to avoid it. Watt said state police will conduct an investigation into the events leading up to the fatal shooting.

The death of the police officer is the first of officer with the Terre Haute Police Department since July 11, 2011. That is when Officer Brent D. Long was killed while serving an arrest warrant with a U.S. Marshal's Fugitive Task Force.

The 34-year-old Long worked for the department for six years.