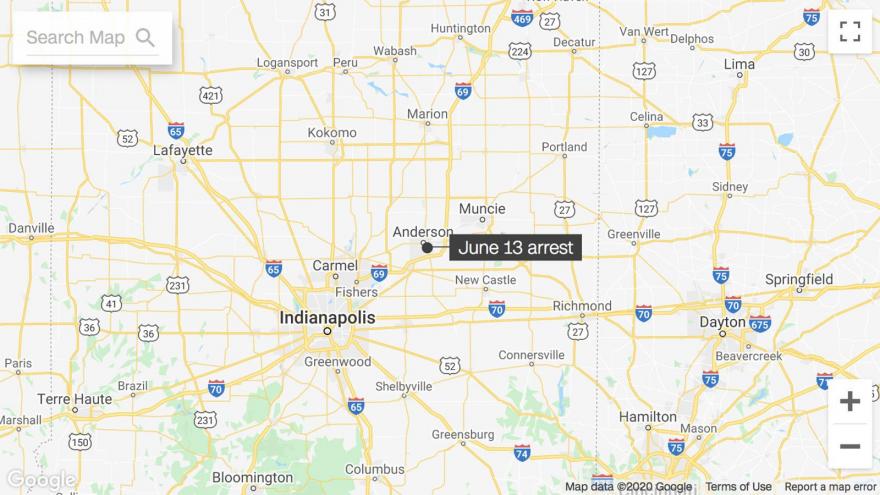 A pair of Anderson, Indiana, police officers are on administrative leave for using a chokehold on a man days after their department banned neck restraints.

(CNN) -- A pair of Indiana police officers are on administrative leave for using a chokehold on a man days after their department banned neck restraints.

In a joint statement, Anderson Mayor Thomas J. Broderick Jr. and Police Chief Jake Brown said they were "disturbed" by video of the arrest posted to social media and "will not tolerate the use of improper force."

The arrest occurred two days after the mayor and police chief banned the use of chokeholds in the aftermath of the death of George Floyd at the hands of Minneapolis police.

Police departments around the world have moved to ban the dangerous neck restraints in recent weeks.

Broderick and Brown announced this week that officers Brandon Reynolds and Ashley Gravely were placed on paid leave. The move came after video emerged of the June 13 arrest of 21-year-old Spencer Nice in the city of Anderson, about 40 miles northeast of Indianapolis.

A video showing part of Nice's arrest was posted on Facebook and Reynolds can be seen wrapping his right arm around the man's neck and taking him to the ground. Gravely, his backup, handcuffed the man in the Facebook video.

Attempts to reach Reynolds and Gravely for comment were unsuccessful.

"While we want to fairly review all of the evidence we are disturbed by what is shown in the video," the statement said. "We will promptly act in such cases and take appropriate action for any such violations."

The officers will remain on leave pending an investigation.

Reynolds had responded "to the sound of what he believed to be gunshots" on the evening of June 13, the statement said.

A court affidavit said Reynolds saw Nice allegedly throw "an unknown black object high in the air" against the side of a factory. Reynolds said Nice allegedly resisted an order to put his hands behind his back.

The affidavit said the officer placed his right hand around the man's "upper torso area in order to perform a balance displacement takedown so that we could as safely as possible de-escalate the encounter."

Nice was charged with a misdemeanor count of resisting law enforcement, according to the affidavit.

Results of the investigation will be turned over to the Board of Public Safety and Brown "will seek any appropriate disciplinary action," according to the statement from the mayor and police chief.

On June 11, Broderick and Brown announced the department was banning the use of chokeholds, saying the officers involved in Floyd's death "violated the fundamental rights and principles that all fair minded and just Americans stand for."