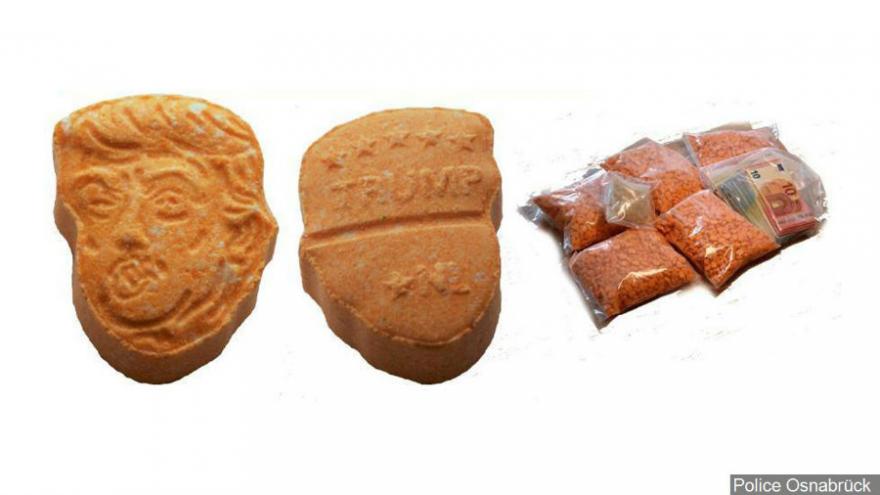 Indiana State Police said in a statement that a face is stamped on the front of the illegal pills and the rear bears the words, "great again," in apparent reference to Trump's "Make American Great Again" campaign pledge.

Friday's release doesn't say how many of the pills have been seized.

Police say 129 arrests were made during a six-day traffic-stop operation in June. LSD, cocaine and other drugs were also seized.

Traffickers sometimes produce uniquely shaped or colored illegal drugs as a marketing technique to distinguish their wares from the competition and encourage buyers to return for more.