Indiana sees surge in wind power despite lack of standards 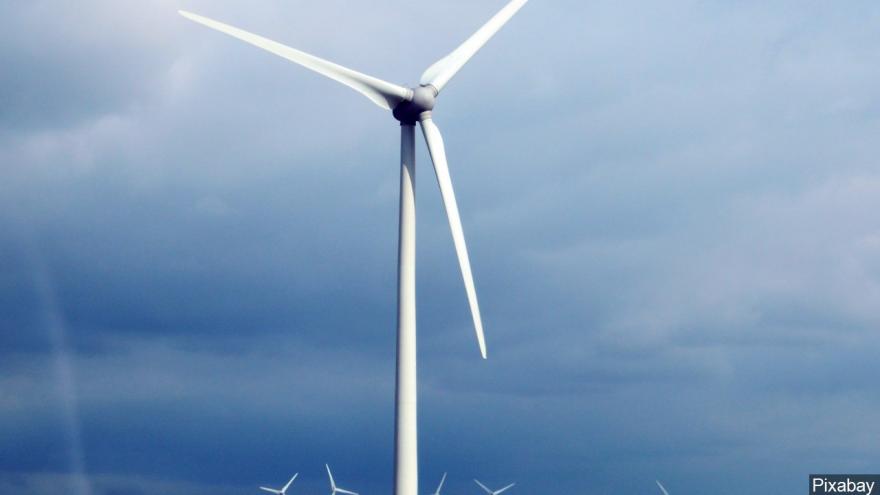 INDIANAPOLIS (AP) — Indiana has experienced a surge in wind farm construction during the past decade that's given the state the nation's 12th-highest number of wind turbines.

But some renewable energy advocates say Indiana risks being outpaced by other states unless it does more to encourage commercial wind power, the Indianapolis Business Journal reported.

Since 2008, developers have installed more than 1,000 wind turbines across Indiana, primarily on 16 large wind farms that produce 2,317 megawatts of electricity — enough to power more than 1 million homes.

Another 1,130 megawatts of new wind capacity are under construction or in advanced development across the state, from modest projects to major wind farms.

That's caught the eye of the American Wind Energy Association, which represents wind-power project developers and equipment suppliers. The Washington, D.C.-based trade association said in August that it would host its 2021 CleanPower conference and trade show in Indianapolis, based on the "immense potential Indiana has to be among the leading states for wind energy."

Indiana also has no renewable-energy standard. Such standards already in place in 29 other states require that a certain percentage of the electricity that utilities sell comes from renewable resources.

Indiana's lack of a renewable-energy standard shows that the state "could be a little bit more progressive" in encouraging the development of clean energy sources, said Ben Inskeep, senior energy policy analyst in Indianapolis with EQ Research, a North Carolina-based clean-energy consulting firm.

"It's time for Indiana to step it up and put policies in place which encourage the development of renewable-energy projects, or we will continue to lose big to states like Iowa and Texas, which recognize the enormous economic benefits that wind can provide," he said.

A decade ago, Indiana had almost no commercial wind power beyond a few small windmills that pumped water on farms. But the wind industry has boomed since then, driven largely by falling costs and rising demand by large customers and utilities for renewable energy.

Indiana ranks 12th among states for wind power, owing in part to its flat terrain that leads to higher wind speeds, especially across northern Indiana, according to the American Wind Energy Association.

Coal power generation has fallen as utilities replace coal-burning power plants with cleaner or cheaper energy sources, such as natural gas, solar and wind, but Indiana is still the nation's second-largest state in coal consumption.

Some of Indiana's biggest advocates of wind power are electric utilities. Last year, Northern Indiana Public Service Co. said it would retire four of its five remaining coal-fired electric burning units within five years and the other within a decade. The Merrillville-based utility plans to generate 65% of its power from wind, solar and other renewables by 2028.

But a growing number of Indiana communities have restricted wind farms, saying they are too large and intrusive. In May, northwestern Indiana's Tippecanoe County banned wind turbines taller than 140 feet (42 meters) — in effect rejecting commercial turbines that often tower 300 feet (91 meters) to 600 feet (282 meters) high, after some residents complained about potential harm to property values.

Iowa is changing its caucus rules for 2020