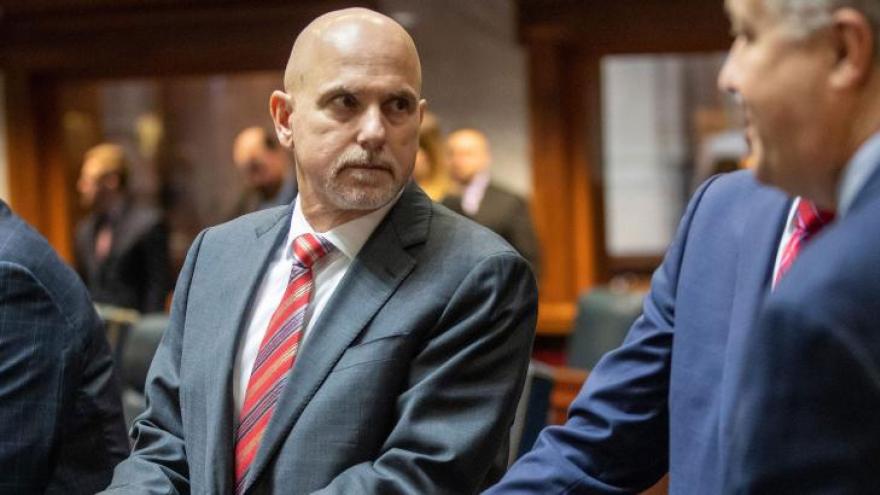 (CNN) -- An Indiana lawmaker is apologizing for saying teachers should exercise impartiality when teaching about Nazism or fascism.

During a committee hearing Wednesday on legislation regarding how certain lessons are taught in school, state senator and bill co-author Scott Baldwin said, "I have no problem with the education system providing instruction on the existence of those 'isms.' I believe that we've gone too far when we take a position on those 'isms.' As it relates ... we need to be impartial."

His remarks came after a concerned history teacher said he was teaching Nazism in his history class, and that when teaching the subject he does not remain neutral.

"We're learning about the rise of fascism and the rise of Nazism right now and I'm just not neutral on the political ideology of fascism. ... I tell my students the purpose in a democracy of understanding the traits of fascism is so that we can recognize it, and we can combat it. That is why we learn to use history to make a better world," the teacher said.

Baldwin, a Republican first elected to state office in 2020, responded that he was not "discrediting any of those 'isms' out there."

In an email to CNN, Baldwin says he "unequivocally condemn[s] Nazism, fascism and Marxism" and that he is "open to changes that can improve the bill."

"When I said in the meeting, 'I'm with you on those particular -isms,' that is what I meant to convey. As someone who fought to defend our democracy, I agree teachers should condemn those dangerous ideologies and I sincerely regret that I did not articulate that and apologize for it," said Baldwin, whose website says he served in the Marines.

"We absolutely need to teach our children about the tragedies of the past, which is why the legislation in its current form specifically protects the teaching of historical injustices. I said Wednesday that we need to listen and be open to changes that can improve the bill, and we are working on amendments to that end," he said.

The legislation in question, Senate Bill 167, arose from the national conversation swirling around the topic of critical race theory.

The concept has become a social and political lightning rod with several states banning critical race theory and Republicans pledging to make it core to their midterm election strategy. Educators insist that critical race theory -- which acknowledges that racism is both systemic and institutional in American society -- is generally not included in grade school curriculum. The concept is usually taught in law school or graduate school.

The Indiana bill, in part, says that school curriculum "may not include or promote certain concepts as part of a course of instruction or in a curriculum or direct or otherwise compel a school employee or student to adhere to certain tenets relating to the individual's sex, race, ethnicity, religion, color, national origin, or political affiliation."