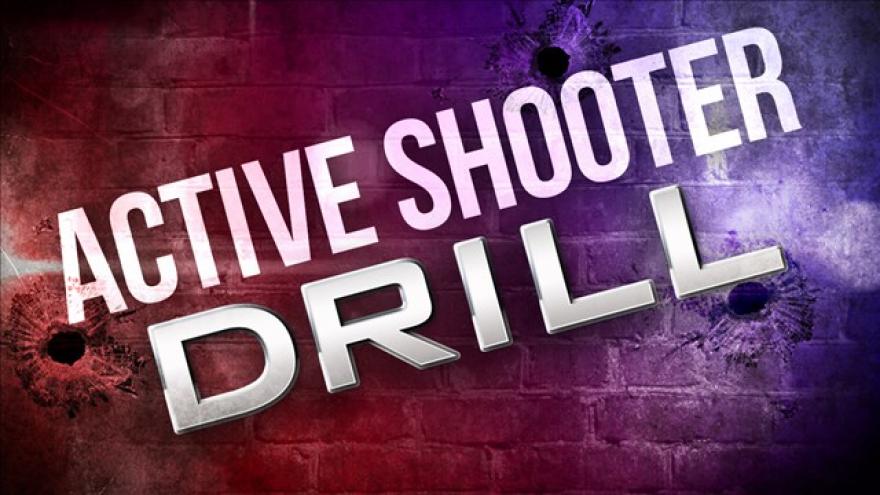 "The teachers were terrified, but were told not to tell anyone what happened. Teachers waiting outside that heard the screaming were brought into the room four at a time and the shooting process was repeated," the association said on Twitter. "No one in education takes these drills lightly. The risk of harming someone far outweighs whatever added realism one is trying to convey here."

ISTA Executive Director Dan Holub told CNN the incident took place in January at Meadowlawn Elementary in Monticello, which is part of the Twin Lakes District. The drill was part of ALICE training, which helps prepare schools or other organizations for an active shooter event.

"During active shooter drill, four teachers at a time were taken into a room, told to crouch down and were shot execution style with some sort of projectiles - resulting in injuries to the extent that welts appeared, and blood was drawn," the ISTA said on Twitter.

Holub said the ISTA has not heard an explanation from law enforcement as to why this method was used.

"This was the first time and hopefully last" time that law enforcement shoot at teachers as part of the training, Holub said. "Those teachers who went through it were upset and injured. They brought it to the attention of ISTA leadership."

The teachers association told the startling story on Twitter on Wednesday as part of its recommendations to amend House Bill 1004 concerning school safety. The proposed bill, which has passed the House, requires an annual active shooter drill and provides Indiana schools access to funds for mental health services.

Rep. Wendy McNamara, a Republican legislator who authored HB 1004, told CNN that a mock shooting like the one that happened in January was not wise and shouldn't happen again.

"I would never have thought in a million years that anybody would have thought that it made sense to use in an active shooter drill where teachers are unaware that they're going to be shot with a pellet gun," she said. "That would have never crossed my mind as something we'd need to legislate."

The bill has already passed the House, so McNamara said she hopes the Senate can amend the bill to address the issue.

"The bill calls for active shooter training but I want to make sure that it's clear ... that being a part of an active shooter drill, we do not need to be that realistic in shooting pellets at our teachers," she added.