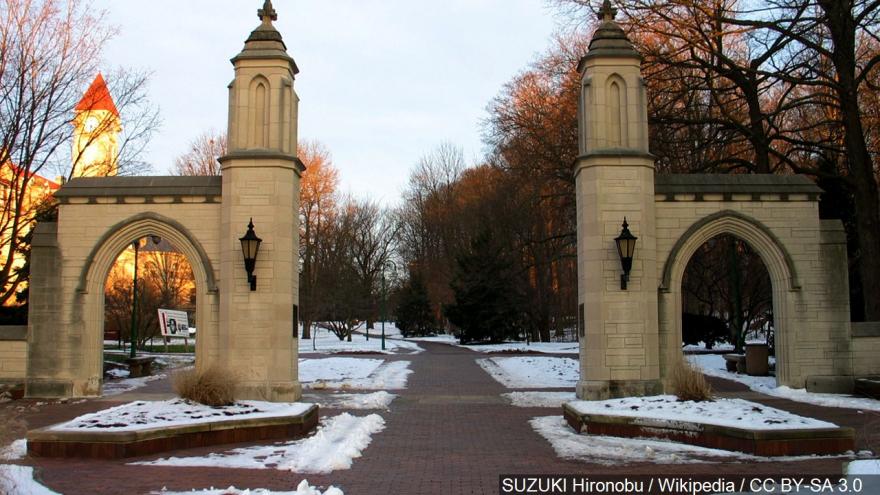 BLOOMINGTON, Ind. (AP) — A professor at Indiana University who defended "racist, sexist, and homophobic" comments that he posted on his social media accounts will keep his job because his views are protected under the Constitution, university officials announced after they were bombarded with demands to fire him.

Eric Rasmusen, a professor of business economics and public policy at the university, tweeted this month a quote from an article that said, "geniuses are overwhelmingly male because they combine outlier IQ with moderately low Agreeableness and Moderately low Conscientiousness." The article titled, "Are Women Destroying Academia? Probably" was published by The Unz Review, which describes itself as a publication that presents "controversial perspectives largely excluded from the American mainstream media."

"Professor Eric Rasmusen has, for many years, used his private social media accounts to disseminate his racist, sexist, and homophobic views," said university Executive Vice President and Provost Lauren Robel in a letter.

"I condemn, in the strongest terms, Professor Rasmusen's views on race, gender, and sexuality, and I think others should condemn them," adding his views are "stunningly ignorant" and "bigoted."

But this isn't the first time the tenured professor posted such rhetoric on his private social media accounts.

Robel said Rasmusen posted that black students are unqualified to attend elite institutions and are inferior academically to white students.

Rasmusen responded to the university's letter Thursday, doubling down on his views.

He defended his use of the word "slut," stood by his position that gay men shouldn't teach because they prey on students and called affirmative action corrupt.

"The whole idea of affirmative action is that too few black students (would) get in without racial preferences, so we need to lower the standard for them and accept that they will do worse academically," he said.

Meanwhile, Robel said that the university can't and won't fire Rasmusen, employed at the university since 1992, for the posts "as vile and stupid as they are, because the First Amendment of the United States Constitution forbids us to do so."

But Rasmusen would be in violation of the university's nondiscrimination policy if he acts upon his views in the workplace, Robel noted.

The university is allowing students to transfer out of his classes and implemented a blind grading system where students can anonymously submit assignments to him. It will also review Rasmusen's courses for influences of bias.

Rasmusen said the university is encouraging bias by cracking down on his opinions and "condemning a dissident professor."