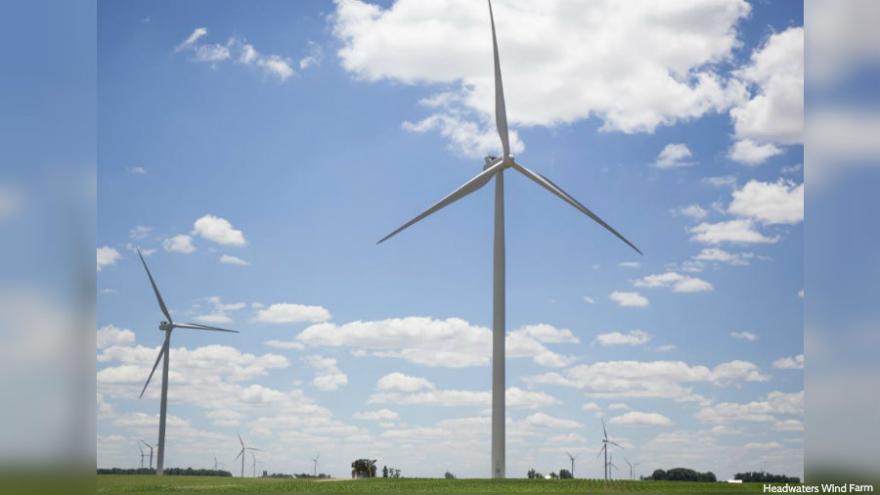 "EDP Renewables has received a tremendous amount of support in Randolph County," said Blair Matocha, a DP Renewables spokeswoman. "This in combination with good wind resource and great access to transmission led us to choosing the Headwaters II site."

EDP Renewables said Facebook will purchase much of that power for its center in New Albany, Ohio. Facebook has agreed to purchase 139 megawatts per year from the wind farm for the next 15 years. The 970,000-square-foot data center is expected to employ more than 100 workers.

"Facebook is committed to finding new renewable energy projects on the same power grid for all of our facilities," said Bobby Hollis, director of Global Energy for Facebook. "We're excited to partner with EDP Renewables to help us meet our sustainability goals in the region."

The project is a "welcome opportunity" for Randolph County to work with globally-recognized companies to create renewable energy, said Greg Beumer, executive director of the Randolph County Economic Development Corp.

EDP Renewables' first Headwaters development, which became operational about four years ago, features nearly 100 turbines in Randolph County. The new wind farm won't use those existing turbines and will instead rely on new construction, Matocha said.

Work on the project is expected to begin late next year, Matocha said. The wind farm should be operational by 2020, she said.