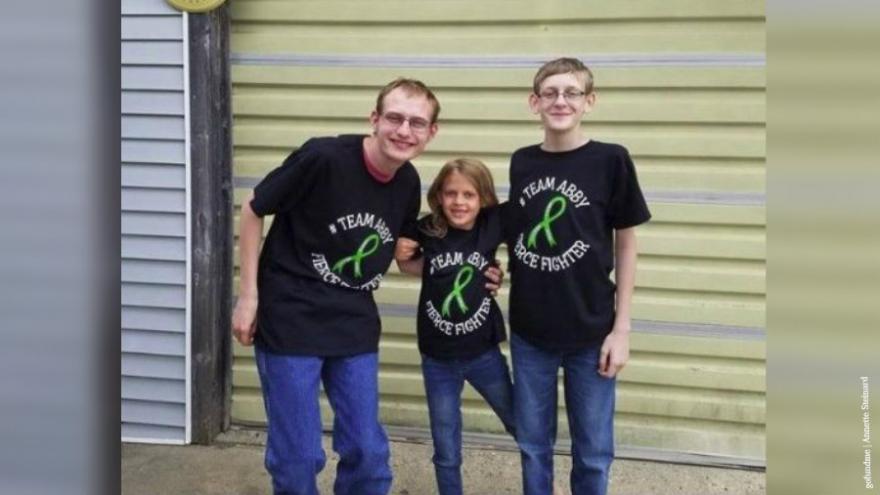 CONNERSVILLE, Ind. (AP) — An eastern Indiana woman made a life-saving kidney donation to a 9-year-old after the two met at Vacation Bible School just months earlier.

Kari Woods was volunteering at the religious education youth program last summer when the Connersville woman learned Abby Steinard was suffering from kidney failure and struggling to find a donor, WXIN-TV reported .

"They asked all the kids 'What are your goals in life?' and she was 8 at the time," Woods said. "When they asked, she said she wanted to live to be 10."

Abby was on dialysis for more than nine hours every day when Woods found she shares with her a rare blood type: O-negative.

"I kept feeling a voice tell me, 'Give her your kidney,' and I just kind of put it in the back of my mind," Woods said.

The mother of five decided to check into St. Vincent Hospital in December for the surgery that saved Abby. Woods is healthy post-operation, and Abby will require lifelong anti-rejection medication but is off dialysis, said Dr. Islam Ghoneim, who performed the surgery.

Abby now said she wants to grow up to be either a veterinarian or a zookeeper, and plans to have fun with friends this summer break. Her mother said Woods started as a stranger and is now family.

Woods recently announced that's she's pregnant with her sixth child, which Ghoneim said shows that donors can go on to have normal lives post-surgery.

Nearly 1,300 people as of February were waiting on an organ transplant, 87 percent of whom are waiting for a kidney, according to the Indiana Donor Network.