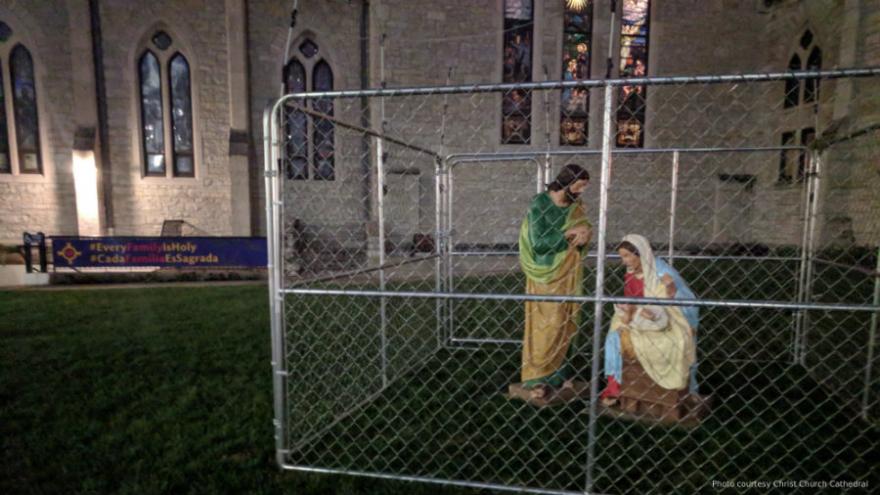 INDIANAPOLIS (AP) — An Indianapolis church has placed statues of Mary, Joseph and the baby Jesus in a cage of fencing topped with barbed wired to protest the Trump administration's zero tolerance immigration policy.

The statues were erected Tuesday morning outside Christ Church Cathedral on downtown Indianapolis' Monument Circle and surrounded by the fencing.

The Episcopalian church's dean and rector, the Rev. Stephen Carlsen, says the display that's part of the church's "Every Family is Holy Campaign" condemns the nation's immigration policy that's holding families in detention centers at the U.S.-Mexico border.

He says the Holy Family was "a homeless family with nowhere to stay" and that the Bible says "we're supposed to love our neighbors as ourselves."