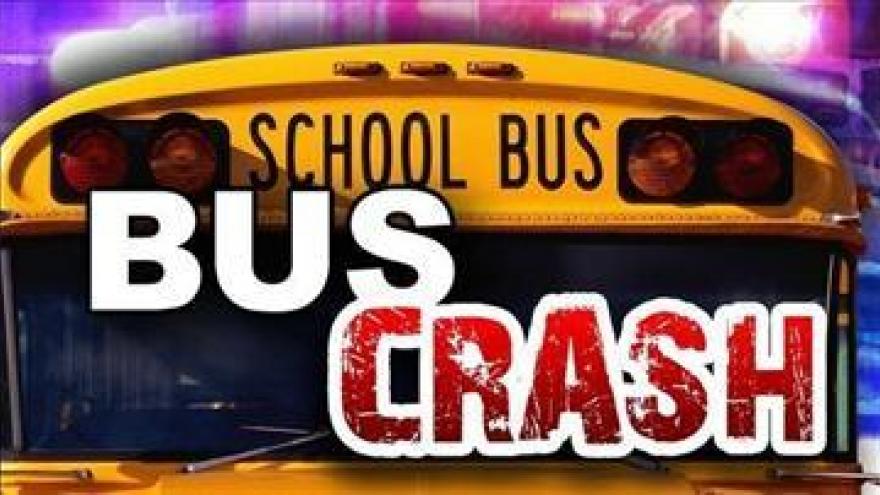 INDIANAPOLIS (AP) — Indianapolis police say a school bus carrying about two dozen students crashed into a pawn shop, leaving most of the bus inside the business.

Police said that no students were injured when the Indianapolis Public Schools bus plowed into the side of a Cash America Pawn store Tuesday morning.

The bus driver also wasn't injured when it smashed into the brick building, leaving only the vehicle's rear end visible outside. The bus was later extracted from the building.

IPS spokeswoman Carrie Black tells WRTV-TV that 23 high school students were on the bus when it crashed about 7 a.m.

Indianapolis police spokesman Officer Aaron Hamer says a car was also involved in the crash but officers are still investigating what led up to the bus crashing into the building.