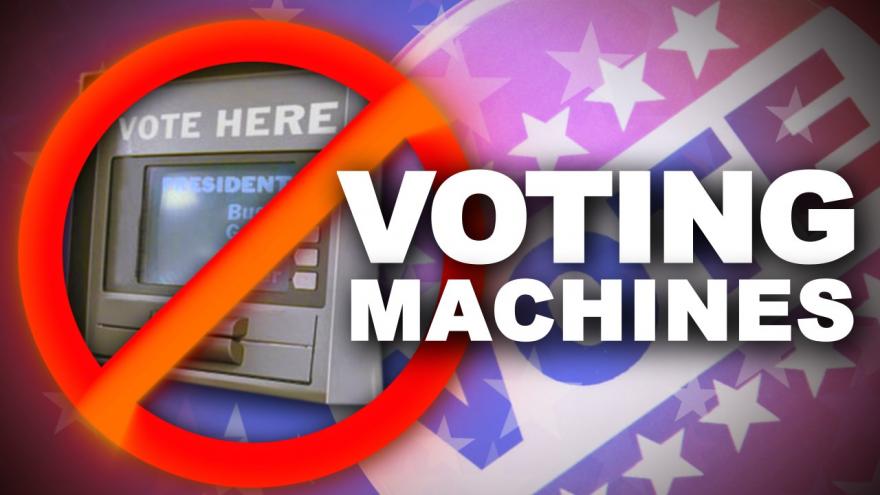 INDIANAPOLIS, Ind. (AP) — Indiana's top elections official is planning to use more than $7.5 million in federal funding on improving the state's election security but won't upgrade its voting machines

Republican Secretary of State Connie Lawson has announced plans for using the federal assistance to strengthen voting systems ahead of the November election. Indiana was among the states and territories to receive money from the $380 million approved by Congress amid ongoing threats from Russia and others.

Indiana will also spend an additional $659,000 on election security under the requirement to match 5 percent of grant funding with state money, The Indianapolis Star reported. The state money will go toward evaluating election infrastructure, conducting third-party testing, implementing email encryption and training state and county officials, according to Lawson.

Indiana was one of five states to receive a failing grade this year in the liberal Center for American Progress assessment of election security. Indiana's "F'' grade was in part because some of the state's voting machines don't include voter-verifiable paper ballots.

It's estimated to cost between $22.7 million to $35.6 million to replace Indiana's voting machines, according to the Brennan Center for Justice.

Valerie Warycha, a spokeswoman for the secretary of state's office, said Indiana residents should be assured that the midterm election will be secure. She said the voting machines aren't connected to the internet and there isn't evidence of any votes being changed in the 2016 presidential election.

"Since there is not enough money to replace machines, we are looking at ways to maximize the impact of the funding we are receiving to have an impact on the entire state," Warycha said.

Lawson also said in a letter to the U.S. Election Assistance Commission that her office will work with the Indiana Legislature to get equipment replaced in the future.

Jim Harper, the Democratic nominee facing Lawson in the November election, criticized the secretary of state for not starting the process of switching to machines that produce a paper trail.

"It's indefensible that the secretary hasn't taken the most basic steps to ensure our infrastructure, our voting machines," Harper said.