Individual mandate repeal to be included in Senate's tax bill 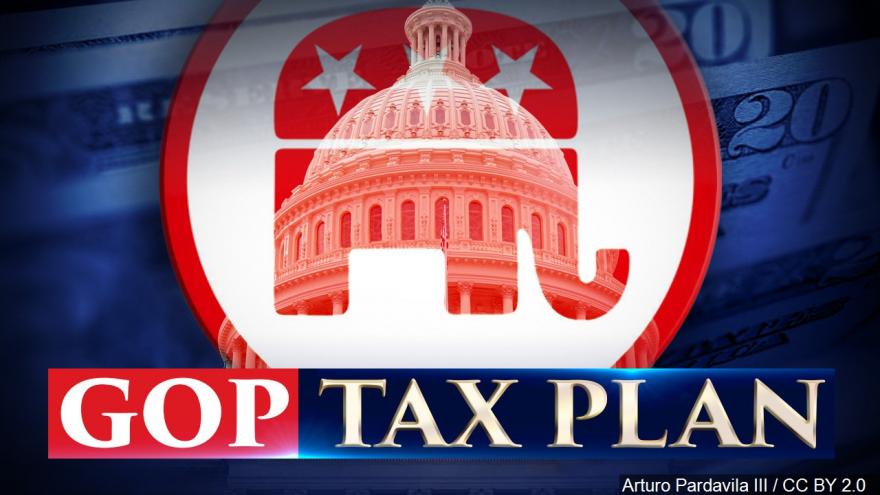 (CNN) -- Republican senators will include a repeal of Obamacare's individual mandate in the revised version of the chamber's tax overhaul to be released by the Senate finance committee Tuesday afternoon, according to two GOP aides. The committee's Republicans were unanimous in their support for adding the repeal.

GOP senators have been initially receptive to the proposal, including Arizona Sen. John McCain, who cast a dramatic deciding late night vote that killed Republicans' efforts to repeal and replace Obamacare earlier this year.

"Yes," he said when he was asked if he is leaning toward supporting the mandate repeal as he came out of the policy lunch.

Following news of the Senate's plans, House conservatives are lobbying their leaders to add the repeal of the individual mandate to the House GOP tax bill Tuesday, according to two senior GOP aides, but at least one House Republican leader has since thrown cold water on the idea.

Sen. Susan Collins, a Republican from Maine, told reporters on Tuesday afternoon she has concerns about repealing the individual mandate in the tax bill.

"I personally think that it complicates tax reform," she said.

Collins was also one of three Republicans who voted against the GOP senate bill to repeal the individual and employer mandate in July. That shell of a bill was intended to get the Senate and House to conference on a health care bill and did not pass the Senate.

Despite Trump's support for the idea, GOP leaders in both chambers have been wary of bringing what has been a toxic debate over health care into the tax overhaul process. The Congressional Budget Office has estimated that repealing the individual mandate could give tax writers an additional $338 billion to reduce taxes over the next decade. The CBO also projects a mandate repeal would lead to 13 million fewer people with health insurance -- a key Democratic attack line during the health care debate.

In a series of tweets, Paul, R-Kentucky, said he intended "to amend the Senate tax bill to repeal the individual mandate and provide bigger tax cuts for middle income taxpayers. The mandate repeal is a promise we all made and we should keep. It also allows an additional $300 billion+ in tax cuts."

Paul is not on the finance committee, the committee with jurisdiction over the tax reform process, but his tweets come after Sen. John Cornyn, the majority whip, told reporters Tuesday that Republicans on that committee met Monday night and discussed the prospects for repealing the individual mandate. Sen. Tom Cotton, a Republican from Arkansas, has also been pushing for the change.

Cornyn told reporters that no final decisions had been made and that members were still discussing their options.

"It is under discussion," Cornyn said Tuesday. "I can't tell you now. We are going to be talking about it with the whole conference at our noon meeting."

But, there is little arguing that the Senate needs more revenue to pass their bill under the Senate's arcane rules. Under what is known as the Byrd Rule, the GOP's tax bill cannot add to the deficit outside the 10-year window if Republicans want to pass their bill with a simple majority vote. Right now, it does. In his tweets, Paul argued that including the provision would give Republicans more flexibility once they have to sit down with the House to combine the two bills in conference.

Paul also suggested that his amendment could create enough revenue to shore up divisions between the House and Senate bills. Many House Republicans have already voiced concerns that they could not vote for a bill that repeals the state and local property tax deduction, which the Senate bill does.

"My amendment will fix a problem in the Senate bill where many taxpayers would see a tax increase because of the loss of state and local deductions," Paul tweeted. "I will introduce a similar deduction as the House plan, making the tax reform plan more fair for everyone."

What the House is saying

North Carolina GOP Rep. Mark Walker introduced an amendment Tuesday morning and has been gathering co-sponsors throughout the day to show that it has support.

He released a statement this afternoon noting the Senate's action, saying, "It appears the Senate is keeping its promises. The House should do the same. Let's repeal the individual mandate and restart the process of repealing Obamacare."

One GOP source familiar with the discussions told CNN, "if it's included in the House and Senate, it increases the likelihood it's in the final package" -- and the argument is "do it sooner rather than later."

Once tax reform moves to conference committee, "it's harder to do things on the back end then the front end."

This source stresses that it's not just the conservative Republican Study Committee and Freedom Caucus members pushing the change, and that the message earlier Tuesday was that the Senate wasn't going to do it, but that quickly changed and the momentum on the issue has shifted from the discussions at the House GOP conference meeting this morning.

"The House should account for the changing dynamic in the Senate," the GOP source told CNN.

House Majority Leader Kevin McCarthy sounded less optimistic that the House would add a repeal of the individual mandate to their version of the bill before the vote.

"If it's in the Senate, then there's the ability for conference," McCarthy told CNN when asked about whether the repeal would be included in the House version before the chamber votes on Thursday. "I don't think you'll see it on ours this week."

The decision will come soon -- the House rules committee, which will determine any final changes to the bill before debate starts tomorrow, is expected to meet in a couple of hours.