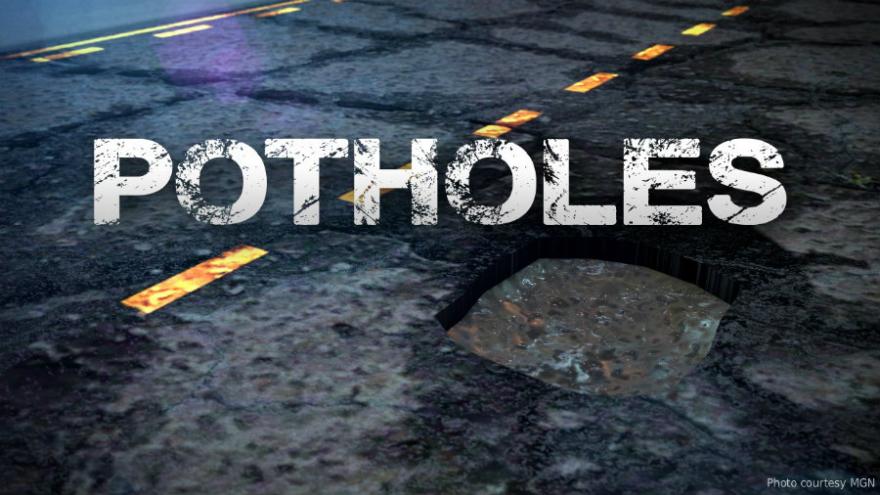 “We put aside millions of dollars so we could be prepared for an emergency, when it came," Hogsett said. "Today, I can say that the need is real, the dollars are available and the time to act is now."

Hogsett submitted a proposal to the City-County Council that would direct "every single cent" in the city's rainy day fund for road repairs. He is requesting the council suspend normal procedures to pass the proposal the night it is introduced, on March 12.

"It is not open yet," DPW Director Dan Parker said. "It is opening specifically for the city of Indianapolis."

As long as it stops raining, 20 DPW crews will be working around the clock starting Monday. The city announced a "Pothole Blitz," but Hogsett said it's more like a "Pothole Assault." Hogsett said the extreme winter temperature fluctuation has caused serious damage to the roads and vehicles, even on his vehicle.

"I had wheel that was bent," Hogsett said. "I asked the auto repair guy how it happened."

"I think you know the answer," he responded.

To report potholes, contact the Mayor’s Action Center at 317-327-4622, or by using the RequestIndy portal.