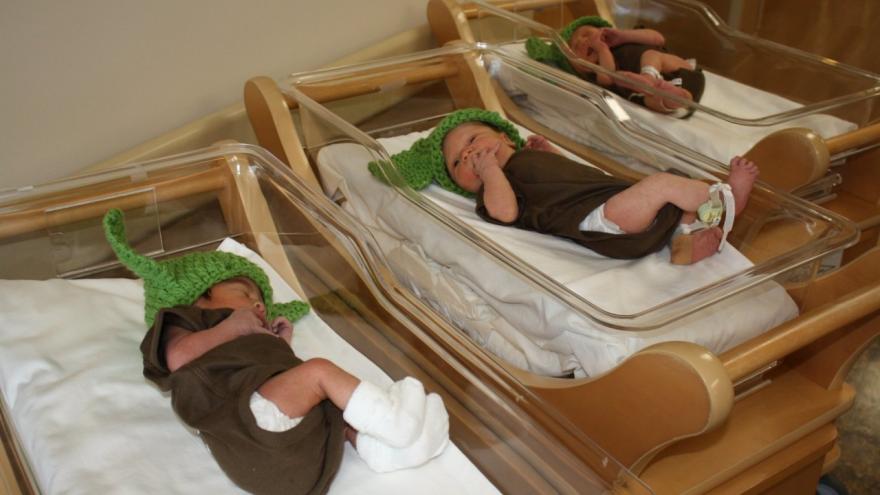 The character affectionately known as "Baby Yoda," doesn't actually have a name and is only refereed to as "The Child" in the new Disney+ series, The Mandalorian, but has won over the internet since the series was first released.

The "Baby Yoda" hats were knitted by Erin Ollis from Crown Point.

Ollis said most of the materials she used were donated by her church. Several other birthing centers throughout Indiana also received some of her adorable caps.

In all, 20 newborns at the Indianapolis hospital and another 10 in Mooresville will get to go home with an adorable hat inspired by the unnamed character from The Mandalorian.