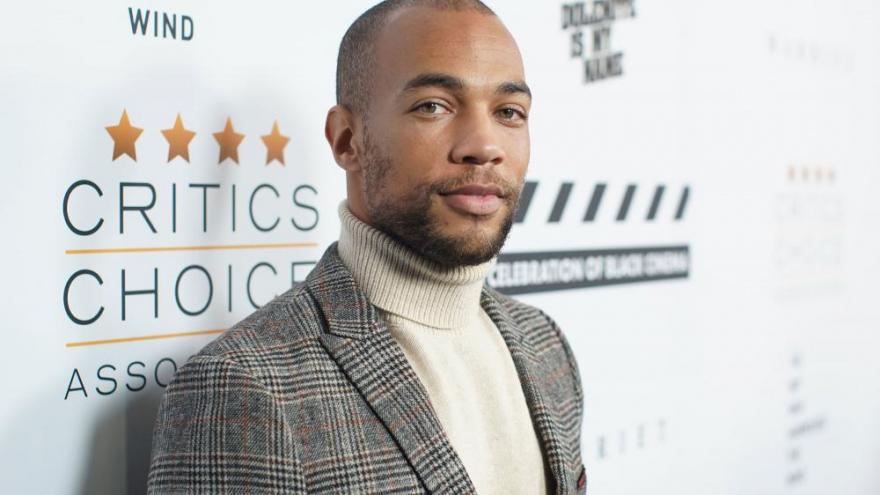 Actor Kendrick Sampson said he was shot seven times with rubber bullets by police in Los Angeles on Saturday during a protest over the death of George Floyd.

(CNN) -- Actor Kendrick Sampson said he was shot seven times with rubber bullets by police in Los Angeles on Saturday during a protest over the death of George Floyd.

"He pointed the gun DIRECTLY AT ME," Sampson wrote on Twitter, linking to an news report about his experience. "I actually got hit 7 times with rubber bullets and many with batons. My boy has stitches."

Sampson, a vocal activist, was among thousands of people across the US who protested Floyd's death this weekend.

Floyd, a 46-year-old unarmed black man, died in Minneapolis last week at the hands of police. Four officers were involved in the incident and all have since been fired from the Minneapolis Police Department.

One former officer, Derek Chauvin, is seen in a video with his knee on Floyd's neck for over eight minutes. He was charged with with third-degree murder and manslaughter on Friday. Protesters say they want to see charges for all four police officers involved in the death of Floyd.

Video of the event Sampson described was posted to Twitter by a friend of Sampson. The actor reshared the video to his own social media.

The Los Angeles Police Department did not immediately respond to CNN's request for comment.

"If LAPD didn't know cameras were on they would've done much WORSE," Sampson wrote on Twitter about the incident. "They're organized crime, continuing the legacy of slave catching."

Sampson said he went to the emergency room after the incident for his injuries, photos of which he also posted on Instagram.

Sunday marked the sixth day of protests. Though many of the nationwide protests began peacefully, some turned violent. At least 40 cities have imposed curfews and National Guard members have been activated in 15 states and Washington, DC.