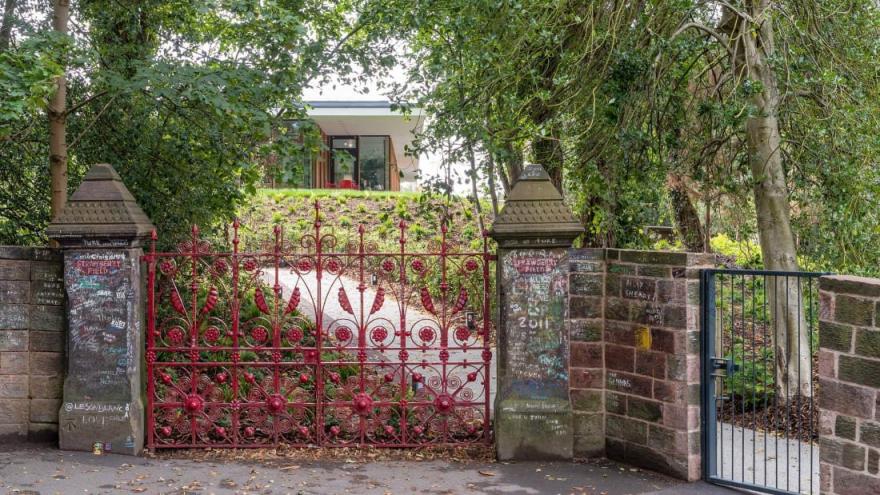 Since The Beatles wrote \"Strawberry Fields Forever\" in 1967, fans have peered through red metal gates at the former Salvation Army children\'s home in Liverpool that inspired the song. Source: Courtesy Salvation Army
By Gianluca Mezzofiore, CNN

(CNN) -- Since The Beatles wrote "Strawberry Fields Forever" in 1967, fans have peered through red metal gates at the former Salvation Army children's home in Liverpool that inspired the song.

Now the grounds and gardens forever enshrined in John Lennon's classic will be open to the public, starting Saturday.

The building has been turned into a visitor's center that will have an interactive exhibition on Lennon's early life, as well as providing training for young adults with learning disabilities.

Lennon, who lived nearby when he was a child, had a personal link to the site.

Lennon used to play during garden parties that took place each summer on Strawberry Field's grounds.

The site's old Victorian house was torn down in 1973 and replaced by a modern building, which was shut down for good in 2005.

"I've been really impressed by The Salvation Army's vision and now there is huge potential to make a real change in the lives of young people who will grow in the precious soil of Strawberry Field," Julia Baird, Lennon's sister, said in a Salvation Army press release.

Around 60,000 visitors gather outside the red gates every year, according to the BBC.