International spectators will be refused entry into Japan for Tokyo 2020 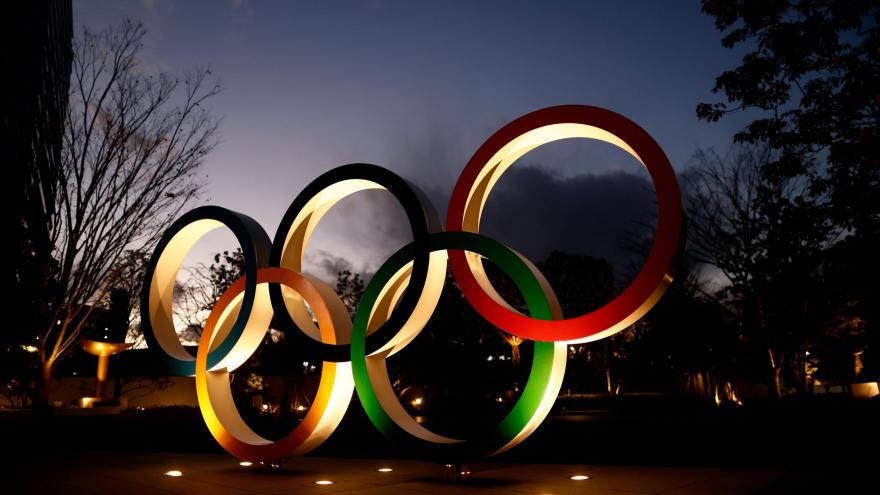 International spectators will be refused entry into Japan for Tokyo 2020. Olympic Rings are seen near the National Stadium, the main venue for the Tokyo 2020 Olympic and Paralympic Games, in Tokyo on January 8. - BEHROUZ MEHRI/AFP/AFP via Getty Images

(CNN) -- International spectators will be refused entry into Japan for this summer's Olympic and Paralympic Games, the Tokyo 2020 Organizing Committee said in a statement on Saturday.

Any tickets bought by overseas residents for the postponed Games, scheduled to begin on July 23, will be refunded.

"Currently, the COVID-19 situation in Japan and many other countries around the world is still very challenging and a number of variant strains have emerged, whilst international travel remains severely restricted globally," the statement read.

"Based on the present situation of the pandemic, it is highly unlikely that entry into Japan will be guaranteed this summer for people from overseas.

READ: Don't be silent -- How a 22-year-old woman helped bring down the Tokyo Olympics chief

"In order to give clarity to ticket holders living overseas and to enable them to adjust their travel plans at this stage, the parties on the Japanese side have come to the conclusion that they will not be able to enter into Japan at the time of the Olympic and Paralympic Games."

Organizers say the decision will "further contribute to ensure safe and secure Games for all participants and the Japanese public" and it will not affect accredited Games participants, who will be required to continue following the "Tokyo 2020 Playbooks."

Organizers were forced to postpone the Olympics for the first time in the event's history in March 2020 due to the coronvairus pandemic.

The Games are scheduled to take place from July 23 to August 8 and the Paralympics from August 24 to September 5.

Even though the number of coronavirus cases have been low in Japan compared to the US or the United Kingdom, in recent months its health system has been overwhelmed by the worst wave of infections since the pandemic began.

The country only started inoculating its population of 126 million people with Pfizer-BioNTech shots at the end of February, more than two months after the vaccine rolled out in other major countries.