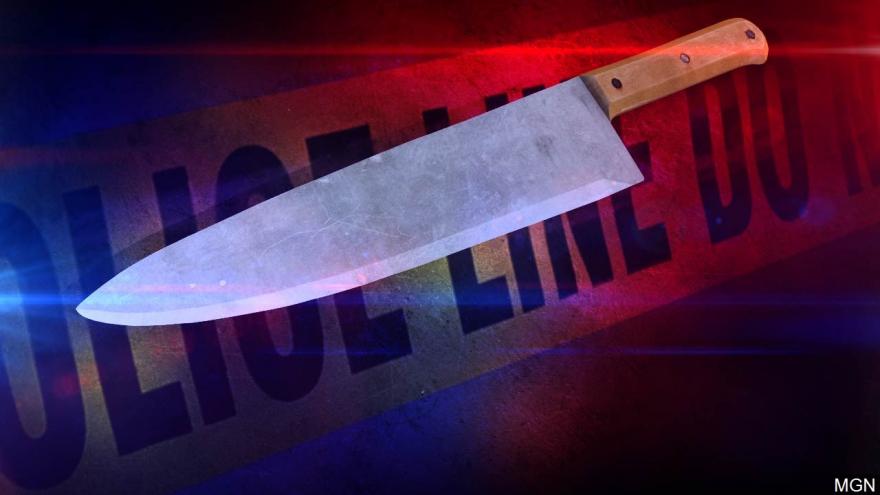 NEW YORK, N.Y. (WCBS-TV) -- Police say a man jumped out of a popular Upper West Side eatery’s walk-in freezer, grabbed a knife and started attacking employees, then died later at a hospital on Sunday morning.

The incident happened at the height of the brunch rush around 11 a.m. at Sarabeth’s Restaurant on Amsterdam Avenue at West 80th Street.

Police say the kitchen staff did not recognize the person, described by police as a 54-year-old man who did not work at the restaurant, nor was he a former employee. Sarabeth’s staff told police they did not know how the man got into the freezer.

After being discovered, the man picked up a kitchen knife and yelled “away Satan” before attacking employees, who were able to disarm him and wrestle him to the ground.

Shortly afterwards, the man tried to talk with kitchen staff but suffered some kind of medical emergency.

“I was trying to talk to them. They were nervous, they didn’t know [how] to answer me, one person was running,” he told CBS 2.

Police responding to the scene found the 54-year-old unconscious and unresponsive. Emergency medical responders took the man to Mount Sinai St. Luke’s and Mount Sinai Roosevelt Hospital where he was pronounced dead.

Police are withholding the man’s identity until his family can be notified, though sources tell CBS New York he is from Arizona.

The NYC Medical Examiner will determine his cause of death as investigators look into why he went into the restaurant, how he got into the freezer, and how long he was in there for.

Meanwhile, those who live near the restaurant were shocked to learn of the bizarre and frightening incident.

“That’s pretty crazy for this kind of restaurant and area that we live in, you wouldn’t really see that coming,” said Steve Prince, an Upper West Side resident.

“It’s sort of a wakeup call to everybody else to think about what’s going on and monitor their staff,” added Cynthia Alonso, who also lives nearby.

The restaurant has not responded to multiple requests for comment.