Investigators: Canada case won't be closed even after teen fugitives' bodies are identified 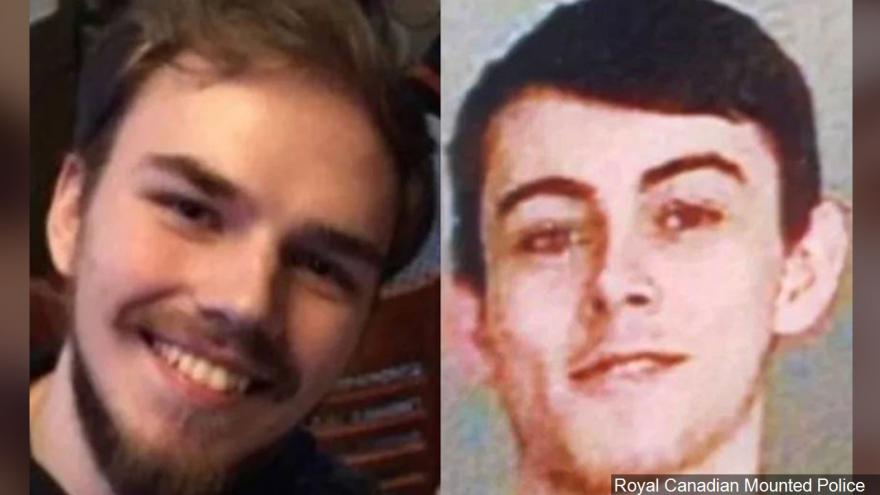 (CNN) -- A manhunt for two suspects in a series of killings in remote northern Canada appears to have ended with the discovery of the fugitives' bodies, police say.

The search for Kam McLeod, 19, and Bryer Schmegelsky, 18, has gripped the world for weeks after they allegedly killed a North Carolina woman and her Australian boyfriend.

Chynna Deese, 24, and her boyfriend, Lucas Fowler, 23, were found shot dead on a remote highway in northern British Columbia on July 15.

The search is over, police say

As police searched for clues on the killers and panicked residents shuttered their homes, the body of University of British Columbia professor Leonard Dyck was discovered four days later hundreds of miles away from the first crime scene.

Investigators believe all three victims were killed by the teens and scoured rugged terrain for clues on their whereabouts. A burned-out camper believed to have been used by the two suspects was near Dyck's body.

Police urged residents of York Landing, a small community in Manitoba located along the eastern bank of the Nelson River, to remain inside, lock their doors and report anything suspicious.

But Wednesday, the Royal Canadian Mounted Police tweeted that it believes the suspects' bodies have been found.

"The search is over," it said. "At 10 a.m. this morning, Manitoba RCMP officers located the bodies of two males, believed to be the BC suspects, near the shoreline of the Nelson River."

Their bodies were found about five miles from where a car thought to be stolen by the pair was located last month, and close to where they were reportedly last seen July 22.

"I'm confident that it is them," said Assistant Commissioner Jane MacLatchy of the Manitoba RCMP. She added that an autopsy will confirm their identities.

She could not say how they died, or how long they have been dead.

The motive is still unclear

The investigation is not closed even though authorities believe the suspects were the killers, authorities said. While it will be difficult to determine what their motive was, police are sure the killings are connected.

"There was significant evidence that linked our suspects to both crime scenes," said Kevin Hackett, the RCMP assistant commissioner in British Columbia.

Officials narrowed the search area after critical evidence was found on the shore of the river Friday directly linked to the suspects, police said.