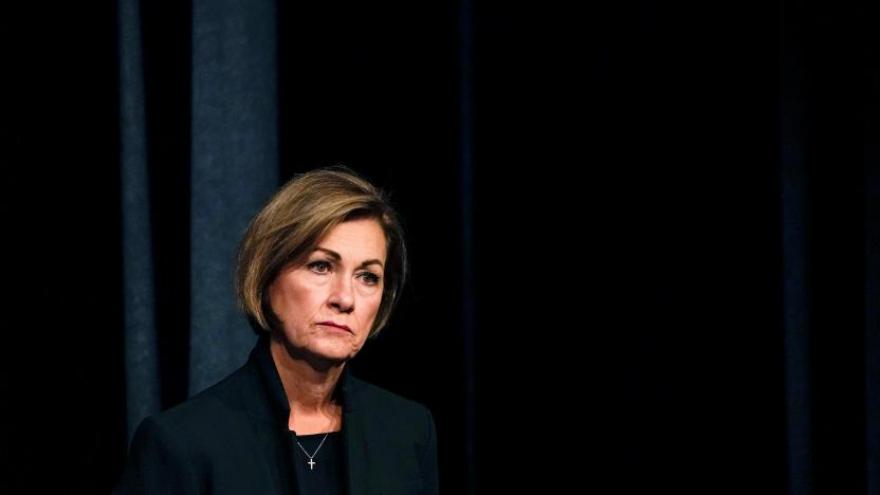 The legislation, which passed both Republican-controlled chambers of the state legislature last month, will reduce the number of early voting days from 29 days to 20 days. It will also close polling places an hour earlier on Election Day (at 8 p.m. instead of 9 p.m.).

The bill additionally places new restrictions on absentee voting including banning officials from sending applications without a voter first requesting one and requiring ballots be received by the county before polls close on Election Day.

"It's our duty and responsibility to protect the integrity of every election. This legislation strengthens uniformity by providing Iowa's election officials with consistent parameters for Election Day, absentee voting, database maintenance, as well as a clear appeals process for local county auditors," Reynolds said in a statement Monday.

"All of these additional steps promote more transparency and accountability, giving Iowans even greater confidence to cast their ballot."

The new law drew immediate backlash from Democrats in the state, including a tweet from the Iowa Democratic party stating, "We deserve better."

"Rather than help Iowans keep food on the table and a roof over their family's heads, @IAGovernor and Iowa Republicans chose instead to fast-track legislation that stacks the deck in their favor and disenfranchises Iowans," the tweet said.

Democratic election attorney Marc Elias similarly called the law "the first major suppression law since the 2020 election" in a tweet.

Elias announced Tuesday that litigation has been filed to stop the law from taking effect.

The complaint on behalf of the League of United Latin American Citizens of Iowa argues that the law burdens Iowans' right to vote in violation of the Iowa Constitution. The lawsuit seeks to block Iowa Secretary of State Paul Pate and Iowa Attorney General Thomas Miller from enforcing and implementing provisions of the law.

The law is part of a larger effort by GOP legislators across the country -- including the battleground states of Georgia and Arizona -- to roll back voting access in the wake of the 2020 election. The November election saw record numbers of early and mail-in voters, triggering baseless claims of voter fraud from then-President Donald Trump and some of his fellow Republicans and eventually leading to the deadly insurrection on January 6.

Across the country, according to a February analysis by the liberal leaning Brennan Center for Justice, at least 253 bills have been introduced this year in 43 state legislatures with provisions that would restrict voting access -- more than six times the number of bills for the same time last year.