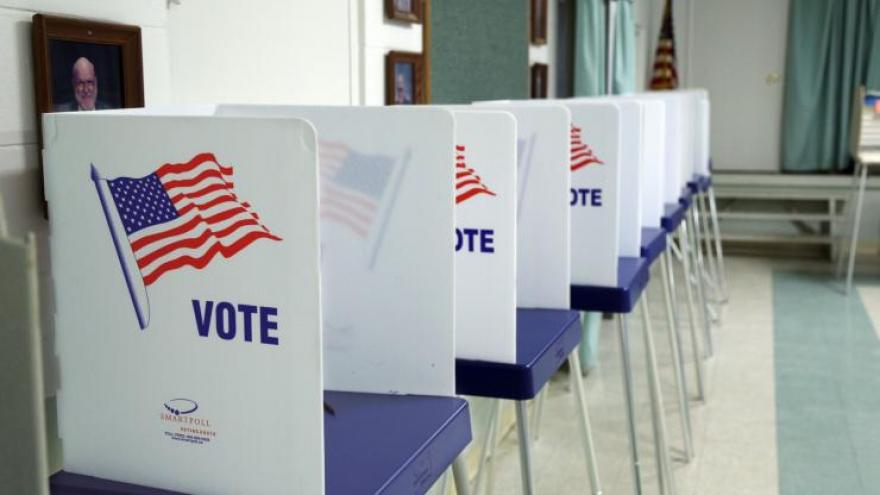 A state judge in Iowa's second-largest county has invalidated more than 50,000 applications for absentee ballots, prompting election officials to re-send applications to thousands of voters because of problems with the original forms.

(CNN) -- A state judge in Iowa's second-largest county has invalidated more than 50,000 applications for absentee ballots, prompting election officials to re-send applications to thousands of voters because of problems with the original forms.

The judge sided with the Trump campaign and the Republican Party, which filed a lawsuit this month seeking to discard the absentee ballot request forms. The Trump campaign argued the forms should have been blank except for the election date and type, per the Iowa secretary of state's directions. Local officials in Linn County, which is home to Cedar Rapids, ignored those directions and sent out the applications with more information anyway.

"It is implausible to conclude that near total completion of an absentee ballot application by the auditor is authorized under Iowa law where the legislature has specifically forbidden government officials from partially completing the same document," Judge Ian Thornhill wrote in a Thursday ruling.

"Not every county can afford the prepopulated request forms," the judge also noted.

Linn County elections officials said after the ruling on Thursday that they planned to void the absentee ballot request forms they had received if the forms had pre-filled information. The county said it plans to mail new request forms to each voter who was impacted.

The secretary of state will also be sending separate absentee ballot request forms to voters, the county said. "Voters should rest assured that even if they submit multiple requests, they will only receive one ballot," the county said in a statement Thursday.

According to the lawsuit, the county had mailed out 140,000 pre-filled ballot request forms and had received more than 50,000 completed forms.

"Because the defendant sent the ABR [absentee ballot request] forms to voters with the required security information pre-populated, there is no assurance that the ABR forms returned to his office were actually sent by the voter listed on the ABR," the Trump campaign wrote in its lawsuit. "If the defendant mails absentee ballots in response to the prepopulated ABR forms, any of those absentee ballots that are cast would be subject to challenge and may not be counted in the 2020 general election."

This story has been updated with reaction from Republican National Committee Chair Ronna McDaniel.