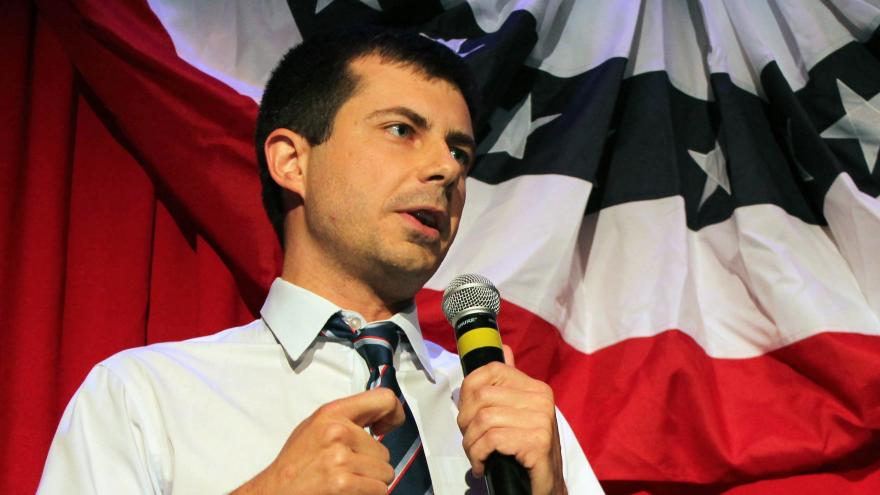 (CNN) -- Rep. Dave Loebsack announced Sunday that he is endorsing Pete Buttigieg for president, delivering the former mayor his biggest Iowa endorsement weeks ahead of the state's key caucuses.

Loebsack, who is retiring after his term ends in 2020, said Buttigieg "offers a new kind of leadership that we desperately need," citing the fact that he is from the Midwest, a veteran and "from a new generation."

"Iowans and our country face great challenges like climate change, increasing health care costs, and an economy that isn't working for the majority of Americans," Loebsack said in a statement. "They can't be solved with the same political warfare that is on display in Washington. Pete is the candidate that can heal our divides, restore decency to the presidency and bring this country together."

Loebsack is the second of Iowa's three Democratic members of Congress to endorse a presidential candidate in the primary. Rep. Abby Finkenauer endorsed former Vice President Joe Biden earlier in the cycle, leaving Rep. Cindy Axne the only Democrat in Iowa's congressional delegation yet to endorse.

Buttigieg, in accepting Loebsack's endorsement, heralded that the Congressman has "dedicated his life's work to creating opportunities and making life better for Iowans."

"Congressman Loebsack has never let the partisan fighting in Washington get in the way of delivering on the priorities of his constituents," Buttigieg said. "I am honored to have Congressman Loebsack's endorsement, and I look forward to him joining me on the trail to work together to heal the deep divisions in this country while also addressing the most urgent issues facing us."

Buttigieg is currently among the top tier of candidates in Iowa, but polls -- like the recently released CNN/Des Moines Register poll -- have found the former mayor has slipped slightly in the state.

Loebsack introduced Buttigieg at an event in Mount Vernon, Iowa, in December, telling the audience, "I don't know how this whole thing's going to turn out, folks...we've got a lot of good people running for president," but "Pete Buttigieg is the future of the Democratic Party, folks."

Loebsack, who was first elected in 2006 and is one of the most senior Democrats in Iowa, will introduce Buttigieg at a town hall in Des Moines on Sunday night, the first event of a week-long Iowa swing for the former mayor.