Iran refuses Trump's offer of talks unless US shows 'respect' 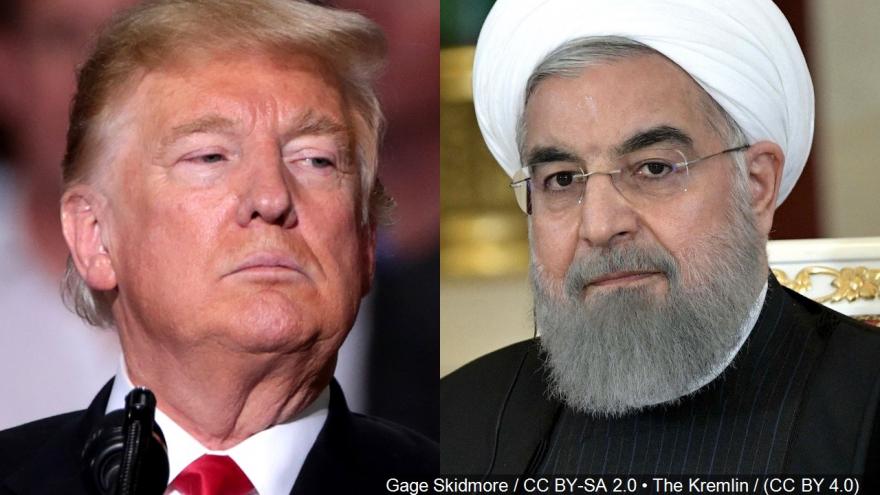 (CNN) -- Iran's Foreign Minister, Mohammad Javad Zarif, has said his country won't negotiate with President Donald Trump unless the US shows Tehran "respect" by honoring its commitments under the disputed nuclear deal.

In an exclusive interview with CNN, Zarif warned the US was "playing a very, very dangerous game" by boosting its military presence in the region.

Zarif criticized the US for sending the USS Abraham Lincoln carrier strike group and a bomber task force to the Gulf. "Having all these military assets in a small area is in of itself prone to accidents," Zarif said. "Extreme prudence is required and the United States is playing a very, very dangerous game."

He accused Washington of walking out first on the Joint Comprehensive Plan of Action, or JCPOA, the 2015 deal designed to limit Iran's nuclear capabilities in return for the lifting of sanctions. "We acted in good faith," Zarif said of the deal, which was signed by the US, Iran, Britain, China, France, Germany and Russia. "We are not willing to talk to people who have broken their promises."

Earlier this month, Trump said Iran should be "calling me up." But on Sunday the President hardened his rhetoric. "If Iran wants to fight, that will be the official end of Iran," Trump said in a tweet. "Never threaten the United States again!"

Iran would not bow to the threats, Zarif said. "Iran never negotiates with coercion. You cannot threaten any Iranian and expect them to engage. The way to do it is through respect, not through threats."

Zarif said there "will be painful consequences if there is an escalation." But also added that Iran was "not interested in escalation." Instead, he called for an immediate end to the "economic warfare" waged by the US on Iran, saying that sanctions were "depriving citizens of their means of livelihood."

Iran announced it would be partially withdrawing from the deal on the one-year anniversary of the US's departure from the accord. It gave the remaining signatories of the deal until July 7 to ease restrictions on Iran's badly hit banking and oil sectors, or face unspecified retaliation.

European signatories in a delicate position -- either side with the Trump administration and walk away from the deal, or preserve the pact by caving in to Iranian calls to ease restrictions, despite the threat of US sanctions.

Britain's Foreign Secretary Jeremy Hunt -- whose government has repeatedly pledged its support for the deal -- warned Iran of "consequences" if it does not comply with the agreement.

Zarif's comments came after it emerged that Iran has quadrupled its rate of production of low-enriched uranium, according to the Tasnim news agency which cited an official at the Natanz nuclear facility Monday.

By ramping up production, Iran could soon exceed the 300-kilogram threshold agreed under the 2015 nuclear deal -- though without knowing the details of the country's current stockpile, it's difficult to predict when the threshold will be breached.

Under the deal, Iran can only enrich uranium at 3.67% -- suitable for a power plant and far below the 90% required for weapons grade.

The move puts further strain on what remains of the nuclear deal. Iran earlier this month announced it was partially withdrawing from the accord, following the US decision to walk away.