Iran says it will break uranium stockpile limit in 10 days 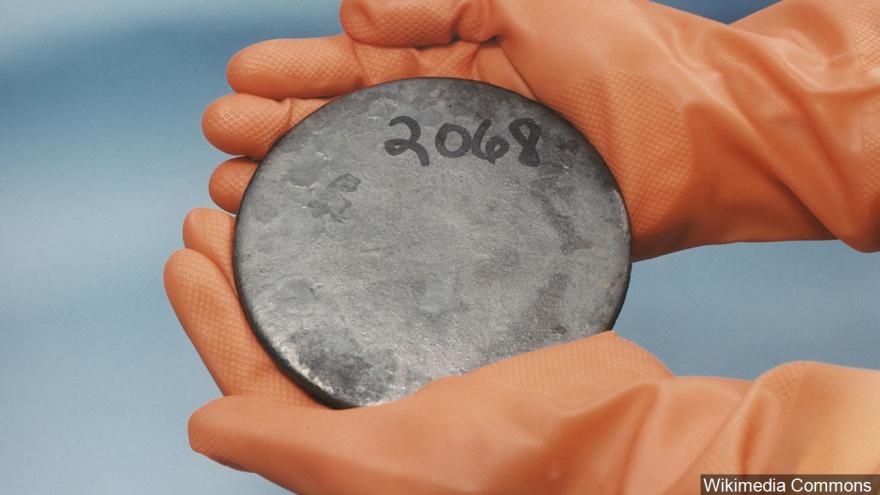 TEHRAN, Iran (AP) — Iran will break the uranium stockpile limit set by Tehran's nuclear deal with world powers in the next 10 days, the spokesman for the country's atomic agency said Monday while also warning that Iran has the need for uranium enriched up to 20%, just a step away from weapons-grade levels.

The announcement indicated Iran's determination to break from the landmark 2015 accord, which has steadily unraveled since the Trump administration pulled America out of the deal last year and re-imposed tough economic sanctions on Iran, sending its economy into freefall.

The spokesman for Iran's nuclear agency, Behrouz Kamalvandi, made the announcement during a press conference with local journalists at Iran's Arak heavy water facility that was carried live on Iranian state television.

The development comes in the wake of suspected attacks on oil tankers last week in the region, attacks that Washington has blamed on Iran, and also as tensions have spiked between Iran and the United States, a year after President Donald Trump unilaterally withdrew America for the nuclear deal.

Kamalvandi acknowledged that the country already quadrupled its production of low-enriched uranium and said Tehran would increase uranium enrichment levels "based on the country's needs."

That increase could be to any level, from 3.67% which is the current limit set by the nuclear deal.

Iran's needs 5% enrichment for its nuclear power plant in southern Iranian port of Bushehr and it also needs 20% enrichment for a Tehran research reactor, the spokesman said.

That means going from 20% to 90% is a relatively quicker process, something that worries nuclear nonproliferation experts.

The U.S. alleges Iran used limpet mines to target the tankers last Thursday, pointing to black-and-white footage it captured that American officials describe as an Iranian Revolutionary Guard vessel removing an unexploded mine from the Japanese-operated tanker Kokuka Courageous, one of the two ships that were targeted.

The Japanese tanker's crewmembers appeared to contradict the assertion that mines were used. They described "flying objects" as having targeted the vessel.

Speaking on "Fox News Sunday," U.S. Secretary of State Mike Pompeo reiterated the U.S. official position. He claimed that intelligence officials have "lots of data, lots of evidence" tying Iran to the attacks, though he did not provide any specifics. He called the alleged shipping attacks "an international challenge, important to the entire globe."

In Brussels on Monday, European Union foreign ministers said they were still looking for more information on who might be behind the incident involving the tankers. Germany and others insisted they need a clearer picture before wading into a diplomatic conflict which could have serious implications in the Middle East.

German Foreign Minister Heiko Maas said that U.S. and British intelligence needs to be compared with other information from allies. "We have to be very careful," he said.

EU foreign policy chief Federica Mogherini said it was not a time to jump to action without proper information. "The maximum restraint and wisdom should be applied," she said ahead of the monthly foreign ministers meeting in Luxembourg.