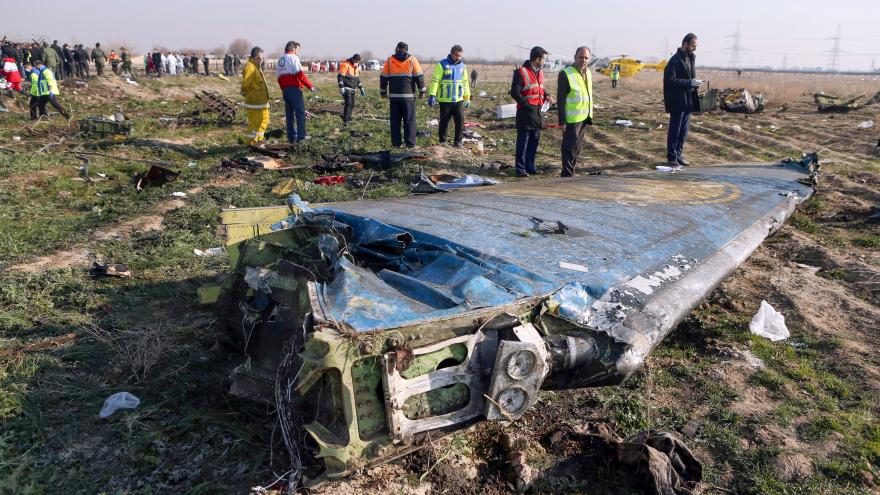 (CNN) -- Iran will send to Kievthe black boxes of a Ukrainian airliner that its military accidentally shot down this month, killing all 176 people on board, Iranian media reports.

Rezaifar said that Iran was also prepared to ask for expert analysis from France, Canada and the United States in trying to read the flight data recorder, part of the so-called black boxes. If experts in Kiev are unable to extract the data, the box will then be transferred to France, Rezaifar said.

"At the request of the Ukrainian authorities, the black boxes of the Ukrainian downed jet will not be read in Iran, but instead will be transferred to Ukraine for analysis and reading," head of Iran's Civil Aviation Organization commission Hassan Rezaifar told the semi-official news agency Tasnim.

Iran initially denied shooting down the Ukrainian International Airlines plane, but admitted a week ago that its military had mistakenly downed the aircraft. Tehran was forced to make an admission after foreign intelligence on the crash surfaced. The incident has sparked a wave of anti-government protests in Iran and appeared to expose a rift within the country's leadership.

Iran's decision to send the boxes comes a day after Canadian Prime Minister Justin Trudeau called on the country to work with France, which has advanced technical capabilities in reading flight and cockpit data recorders. Fifty-seven Canadians were among those who died on the plane, according to Trudeau.

"We discussed repatriation of the bodies of the Ukrainian victims and also Ukraine's role in the joint investigation, in particular - access to the 'black boxes.' Our demands remain unchanged," Prystaiko wrote on Twitter.

The plane was shot down just hours after Iran carried out a missile attack on an Iraqi base housing US troops, in retaliation for a US drone strike in Baghdad that killed top Iranian commander Qasem Soleimani days earlier.

Iranian officials have not made clear what their military thought it was targeting when it downed the Ukrainian passenger plane.