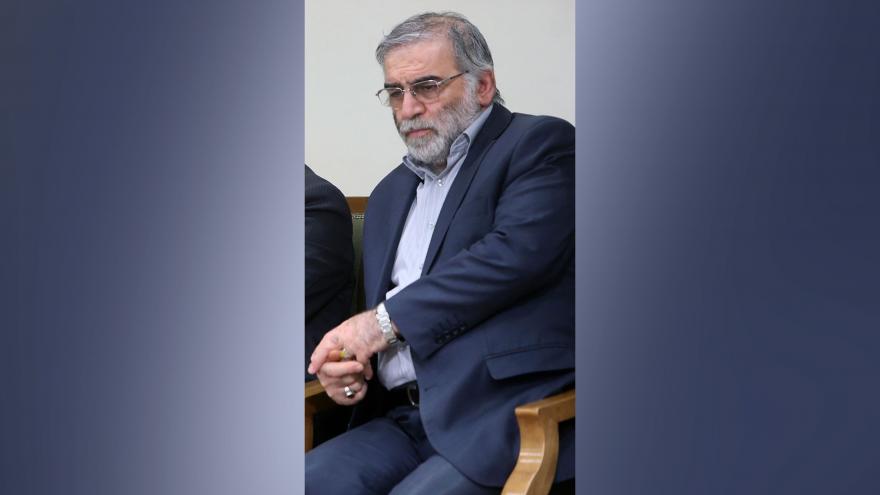 Mohsen Fakhrizadeh was head of the research center of new technology in the elite Revolutionary Guards. He was considered one of the masterminds of Iran's controversial nuclear program.

Iranian state media said the killing appeared to be an assassination. Photographs from the scene showed a car with its windshield blown in, and the road strewn with glass and blood.

US President Donald Trump retweeted prominent Israeli journalist Yossi Melman, who wrote: "Fakhrizadeh-Mahabadi assassinated in Damavand, east of Tehran according to reports in Iran. He was head of Iran's secret military program and wanted for many years by Mossad. His death is a major psychological and professional blow for Iran."

The Chief of Staff of the Iranian Armed Forces, Major General Mohammad Bagheri warned of "severe revenge" against "the killers" of Fakhrizadeh, state-news agency IRNA reported.

"The assassination of this capable and worthy manager, although it was a bitter and heavy blow to the country's defense complex, but the enemies know that the path started by the martyr Fakhrizadeh will never be stopped," Bagheri said, according to IRNA.

The Trump administration said it is closely monitoring the apparent assassination. The death "would be a big deal," a US official told CNN.

Trita Parsi, the co-founder and executive vice president of the Quincy Institute for Responsible Statecraft, said it was not clear who was behind the apparent assassination, but that "there are not that many candidates."

"At the end of the day the only countries that actually have the intent, the motivation and the capacity -- and the capacity is really important -- really reduces the number of candidates to no more than Israel and potentially the United States," he told CNN's Becky Anderson.

In April 2018, Netanyahu mentioned Fakhrizadeh by name when he unveiled a nuclear archive he said Mossad agents had taken from Tehran. He called him the head of a secret nuclear project called Project Amad. "Remember that name, Fakhrizadeh," Netanyahu told reporters.

Iran began to withdraw from its commitments to the 2015 landmark nuclear deal in 2019, a year after US President Donald Trump pulled out of the agreement and unleashed crippling sanctions on the country.

In the last month, the International Atomic Energy Agency documented several new breaches of the agreement. Earlier this week, Iran said it had begun injecting Uranium Hexafluoride gas into centrifuges at its Natanz facility.

This story has been updated to standardize the spelling of Fakhrizadeh's name.