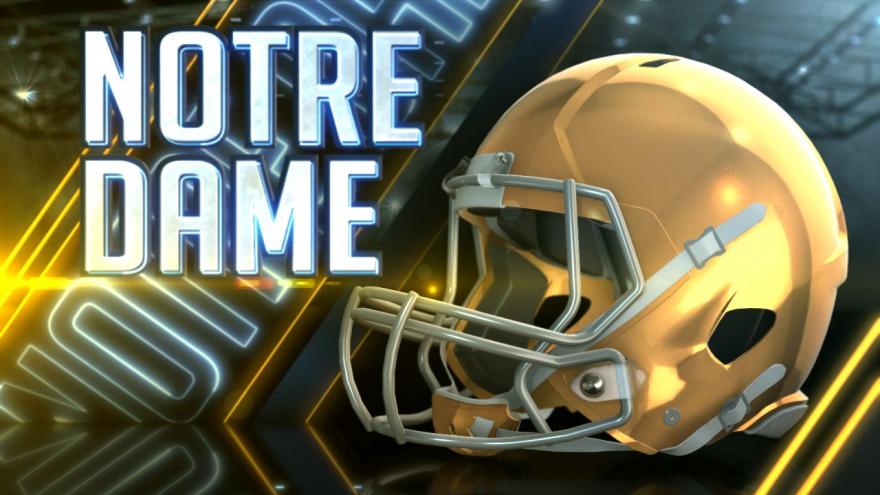 ROCHESTER, Ind. (AP) — Notre Dame senior middle linebacker Te'von Coney pleaded guilty to possession of marijuana Tuesday and was given a year of probation for an incident that happened nearly two years ago.

Coney is attending summer classes at Notre Dame and working out with his teammates. Earlier this month, coach Brian Kelly told the South Bend Tribune that Coney would be back "if he takes care of it (the court case) in the manner I expect him to . we're not going to wait until Aug. 1 for all this stuff."

Coney is expected to start for the Fighting Irish after leading the team in tackles (116) and tackles for loss (13) last season. Notre Dame did not immediately respond to a request for comment Tuesday.

Coney was one of five players arrested Aug. 19, 2016, after an Indiana State Police trooper made a traffic stop for speeding and discovered marijuana and an unregistered handgun in the car. The others were safety Max Redfield, wide receiver Kevin Stepherson, cornerback Ashton White and running back Dexter Williams.

Williams, now a senior, is expected to share running back duties this fall with junior Tony Jones. Redfield was kicked off the team after the traffic stop and later pleaded guilty to misdemeanor counts of carrying a handgun without a license and marijuana possession.

Coney, who is from Palm Beach Gardens, Florida, was the last of the other four who pleaded guilty to marijuana possession. Stepherson was arrested for shoplifting last autumn and kicked off the team. White will use a graduate season to play at the University of Buffalo.