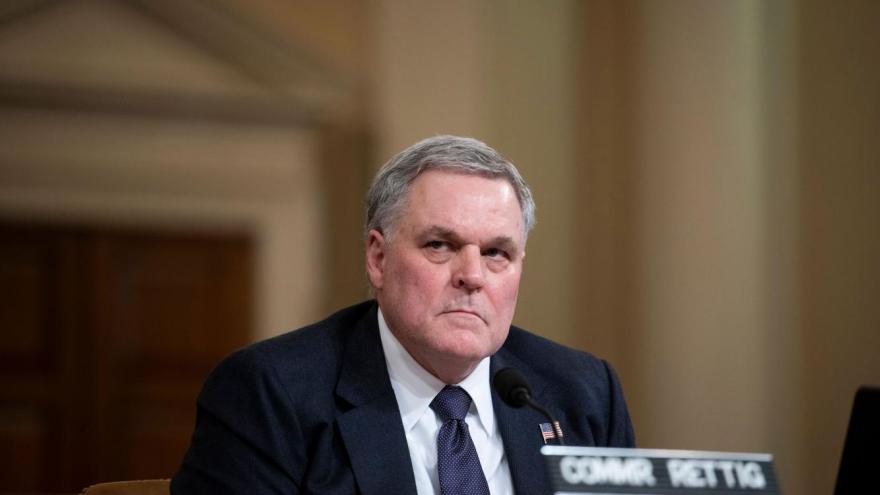 The head of the Internal Revenue Service warned Thursday that it may not be able to start sending child tax credit payments in July, as called for by the $1.9 trillion relief law.

(CNN) -- The head of the Internal Revenue Service warned Thursday that it may not be able to start sending child tax credit payments in July, as called for by the $1.9 trillion relief law.

IRS Commissioner Charles Rettig told a House subcommittee that the agency is struggling to juggle the traditional tax season, the $1,400 stimulus payments and the other demands that the Democrats' massive new relief package has placed on it.

The roughly one-month tax filing extension, announced this week, further shortened the time that the IRS can devote to creating a portal to allow it to send the child tax credit to families periodically this year, instead of as a lump sum at tax time.

"We now have one month less to do the development," Rettig said. "The same people who do our income tax processing, EIP [economic impact payment] processing are the people that need to develop that portal. So I don't have the resources to devote to that portal until filing season ends, which is May 17."

He pledged "to do our best" to start sending out the payments by July 1.

One of the major measures in the relief package is a one-year enhancement to the child tax credit, which is expected to cut child poverty nearly in half.

"The success of that provision is significantly dependent on how the Internal Revenue Service implements it," said Rep. Lloyd Doggett, Democrat of Texas, noting that it has been described as the most important effort to reduce child poverty in a generation.

What the stimulus offers parents

The key change is that the tax credit will become fully refundable so that more low-income parents can take advantage of it. Until now, it has only been partially refundable -- leaving more than 20 million children unable to get the full credit because their families' incomes are too low.

Lawmakers also wanted to make it easier for parents to use the funds to cover their expenses during the year. So the law calls for sending families half the credit on a monthly or periodic basis, from July through December. The other half would be claimed on their 2021 tax returns.

"I think it might be a challenge to get into monthly right out of the box," Rettig said. "That time frame might change in some manner."

President Joe Biden and Democrats are already pushing to make the changes to the child tax credit permanent, rather than just for 2021.

Tax break for the unemployed

Rettig also said that the jobless who have already filed their tax returns should not file amended returns to claim the stimulus' package tax break on unemployment compensation.

The law waives income taxes on up to $10,200 in unemployment benefits received in 2020 for households earning less than $150,000, helping laid-off workers who faced surprise tax bills on their jobless benefits.

"We believe we will be able to automatically issue refunds associated with the $10,200," said Rettig, noting that one complication is distinguishing whether one or two people in the household received benefits.

The IRS recently provided instructions and a worksheet for those who have yet to complete their 2020 returns and who will report unemployment compensation. It guides the jobless through filling out the correct amounts on Schedule 1 of Form 1040.

The agency must address these new relief provisions and others at a time when it is thinly staffed and contending with a backlog made worse by the coronavirus pandemic.

At the end of December, it still had millions of tax year 2019 returns to be processed. Many IRS workers were sent to work from home during the pandemic, leading to delays in addressing paper returns. At one point last year, the pile up of unopened mail had to be kept in trailers.