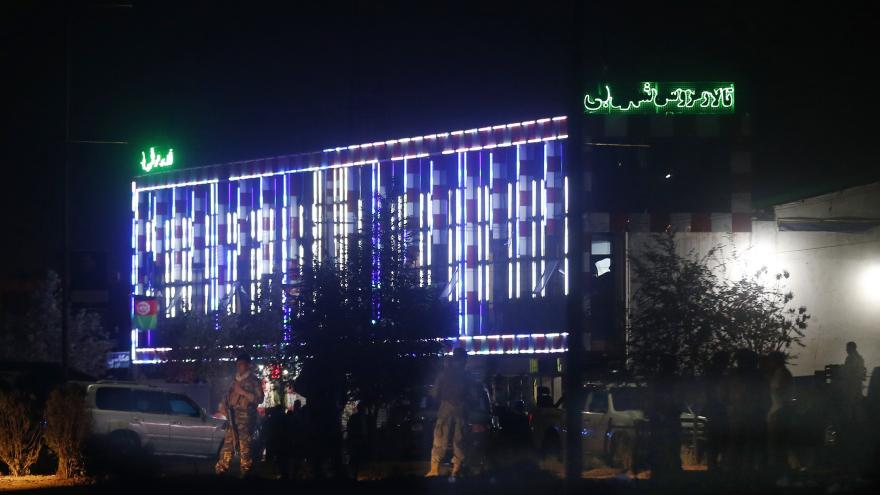 (CNN) -- A suicide bomb attack at a wedding in Kabul on Saturday killed 63 people and wounded 182, an Afghan Interior Ministry spokesman said.

Among the victims were women and children, spokesman Nasrat Rahimi said. About 20 people were taken to a Kabul hospital run by the Italian NGO Emergency, the organization said.

"We were planning to sleep when we heard the sound of a loud explosion," a witness who lives near the venue and did not want to be identified told CNN.

"When I came outside, I saw smoke coming out of the hall. I saw dead bodies and wounded people, who were being taken to hospitals by policemen and Kabul ambulances. We are too in shock, too upset by the incident."

ISIS claimed responsibility for the attack. It said a Pakistani fighter detonated an explosive vest amid a large gathering of Shia Muslims, reported the SITE Intelligence Group, which monitors terrorist group activities.

Afghanistan's President Ashraf Ghani condemned the attack and said that despite the Taliban's denials of responsibility, it still shared some of the blame because it "provides a platform for terrorists."

"My top priority for now is to reach out to the families of victims of this barbaric attack," Ghani said on Twitter.

He added that in response to the attack, he had "called an extraordinary security meeting to review and prevent such security lapses."

The venue is in western Kabul, an area home to many of Afghanistan's Shiite Hazara minority. It is also near the Darul Aman palace, where President Ashraf Ghani is expected to celebrate Afghan Independence Day on Monday.

Earlier this month, 14 people were killed and 145 injured in the same district when three suicide attackers detonated an improvised explosive device at the gate of the police headquarters.

The Taliban claimed responsibility for the August 7 attack, even as the terror group negotiates a peace plan with Washington.

Correction: A previous version of this story misstated the number of fatalities in the blast at a wedding ceremony in Kabul.