ISIS leader in Afghanistan killed in airstrike, US says 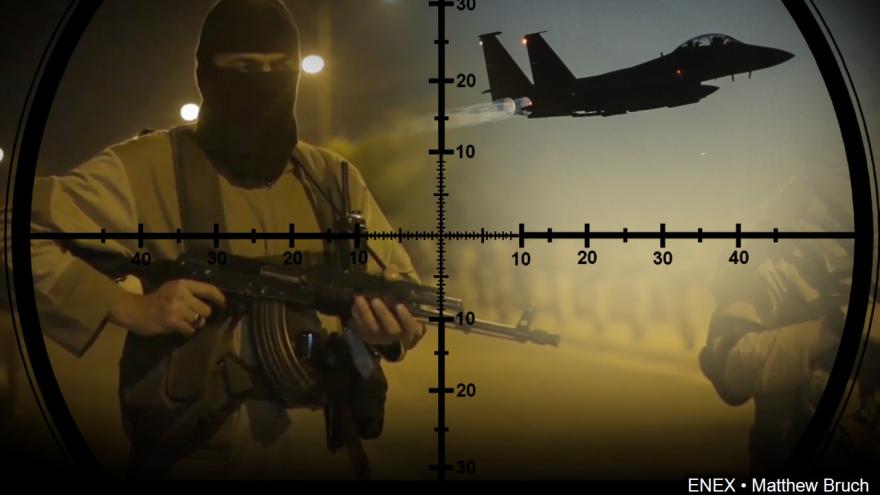 (CNN) -- The head of ISIS in Afghanistan, Abu Sayed Orakzai, also known as Sad Arhabi, and 10 other ISIS fighters were killed Saturday night in an airstrike in Nangarhar province, according to provincial spokesman Attaullah Khogyani.

The strike was carried out by Afghan and coalition forces after receiving intelligence from Afghanistan's National Directorate of Security, Khogyani said.

US Forces-Afghanistan spokesman Lt. Col. Martin O'Donnell confirmed that the US targeted a "senior leader of a designated terrorist organization" in Afghanistan on August 25. He pointed to a statement by a spokesman for Afghanistan President Ashraf Ghani that the head of ISIS -- called Daesh by the US military -- in Afghanistan was killed in the strike.

"I would also add that the United States unrelentingly continues its counterterrorism efforts against ISIS-K, Al-Qaeda, and other regional and international terrorist groups," O'Donnell said in a statement.

As ISIS has lost its foothold in Iraq and Syria, the US military substantially increased the number of airstrikes it conducted in Afghanistan, CNN reported last November. Military officials said that the success against ISIS in Iraq and Syria has freed up air assets to be used in areas like Afghanistan.

In March, the US military released rare footage of US special operators and Afghan Special Security Forces carrying out a nighttime raid on ISIS-affiliated fighters in Afghanistan. The night-vision footage depicts a raid that "killed an ISIS-K commander and another terrorist fighter," in Afghanistan's Jowzjan province on March 26 and 27, according to the Pentagon.

Despite its losses in Iraq and Syria, the terrorist group remains a regional and global threat, the Pentagon says. A recent UN report said that ISIS "continues to facilitate the relocation of some of its key operatives to Afghanistan," including foreign fighters from Europe.