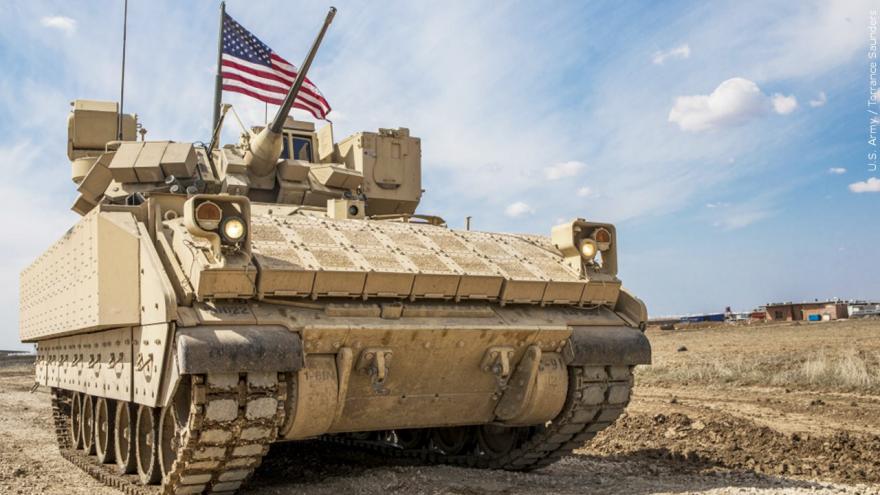 It was the the biggest US raid in the country since the 2019 operation that killed ISIS leader Abu Bakr al-Baghdadi.

Sources on the ground reported multiple fatalities. At least 13 people were killed in clashes that took place during and after the raid -- including six children and four women -- according to the Syrian civil defense group, the White Helmets. There were no US casualties, according to the Pentagon.

"Last night at my direction, US military forces in northwest Syria successfully undertook a counterterrorism operation to protect the American people and our Allies, and make the world a safer place," Biden said in a statement. "Thanks to the skill and bravery of our Armed Forces, we have taken off the battlefield Abu Ibrahim al-Hashimi al-Qurayshi -- the leader of ISIS. All Americans have returned safely from the operation."

Pentagon press secretary John Kirby said in a statement late Wednesday night that the mission was conducted by US Central Command, which controls military operations and activities in the Middle East.

The three-sentence Pentagon statement did not disclose a target for the special operations mission or whether there was any indication of civilian casualties. But witnesses and rescue workers told CNN that shelling and explosions preceded an airdrop of US forces shortly after midnight and targeted a house in the Syrian-Turkish border area of Atmeh, in the rebel enclave of Idlib.

In addition to the 13 killed, two people were also injured and a building was "partially destroyed" following the raid, according to the White Helmets.

One witness in Atmeh, who asked not to be named for security reasons, said that machine gunfire erupted from at least three helicopters flying overhead, followed by an explosion some minutes later. The area has a heavy presence of Hay'at Tahrir al-Sham (HTS) forces, that were formerly affiliated to al Qaeda.

"I heard from a distance a person who is speaking Arabic in an Iraqi accent asking for families to evacuate the area and they will be safe," said the witness. "I saw from a distance that there were machine guns shooting back from the ground towards the helicopters."

The witness said two of the three helicopters he saw landed an hour after the clashes began. "Around 3:20 a.m., the helicopters left and I saw a faraway light which looked like a fire," said the witness.

The witness also said he heard what sounded like drone strikes, and said HTS forces were preventing civilians from entering the area.

The US has repeatedly targeted al Qaeda and its affiliates in northwest Syria, with the Pentagon acknowledging at least one strike in recent months may have resulted in civilian casualties. But Wednesday's operation was the largest in scale since a two-hour raid killed ISIS leader Baghdadi in northwest Syria in October 2019.

And then in December, the military targeted Musab Kinan, a senior leader of al Qaeda affiliate Hurras al-Din, near Idlib. Central Command opened an investigation into the possibility of civilian casualties from the strike, but the Pentagon was unable to provide updates at the time.

Meanwhile, various parts of Syria and Iraq have seen an ISIS resurgence. Last month, over 100 ISIS fighters attacked a prison in Syria's northeast in an attempt to free jailed members of the extremist group. At least 200 prison inmates and 30 security forces died in the clashes that followed the thwarted jail break.