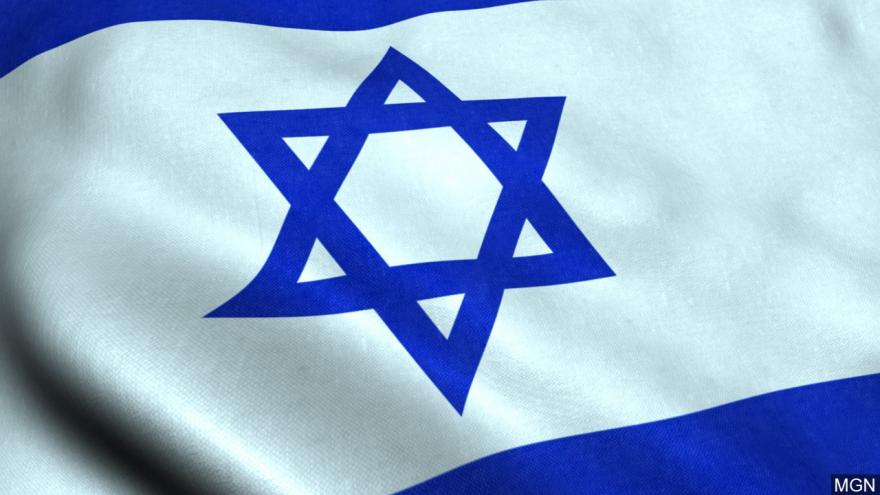 (CNN) -- The Israeli military said Sunday it destroyed a mile-long tunnel that stretched from Gaza under Israel and into Egypt.

The Israeli military at first described the target as a "terror infrastructure" site, in a statement shortly after the strike, clarifying that it was a tunnel in a conference call with reporters Sunday.

Israel blamed Hamas for building the tunnel and says it holds the Islamist group responsible for all actions emanating from Gaza.

The tunnel, which began approximately 900 meters into the coastal enclave along the Gaza-Egypt border, crossed into Israel under the Kerem Shalom border crossing before continuing into Egypt.

Because the tunnel ran under the border crossing -- used to transfer goods from Israel into Gaza -- the Israeli military concluded that it was an attack tunnel, Conricus said.

"If it's a smuggling tunnel, it doesn't need to go under Kerem Shalom," Conricus said, rejecting what Israel said was a statement from Hamas that the tunnel was to be used for smuggling. Most tunnels that run from Gaza to Egypt are used to smuggle goods into the economically starved territory.

He added that the tunnel could be used to move militants from Gaza into Egypt and attack Israel from Sinai. When asked if there was any intelligence of an imminent attack, Conricus would not comment.

Israel had been monitoring the tunnel for an "extended" period, but Conricus would not specify how long. He also declined to provide information on how deep the tunnel ran underground.

Israeli fighter jets struck the tunnel on the Gaza side from the air, Conricus said, while using a combination of intelligence and technology for additional "actions taken on the Israeli side." Conricus would not provide details on the nature of technology, but Israeli leaders have touted a new system for detecting tunnels.

In photos provided by the Israeli military, the tunnel is made of concrete, resembling others used by Hamas and other Gaza militant groups for attack. But its square shape is wider than attack tunnels, apparently allowing for a greater movement of people and goods.

Conricus said Israel is "looking into the reasons" for its unusual construction.

This is the third Gaza tunnel Israel has destroyed in the past two months. There were no reports of injuries in the destruction of the tunnel.