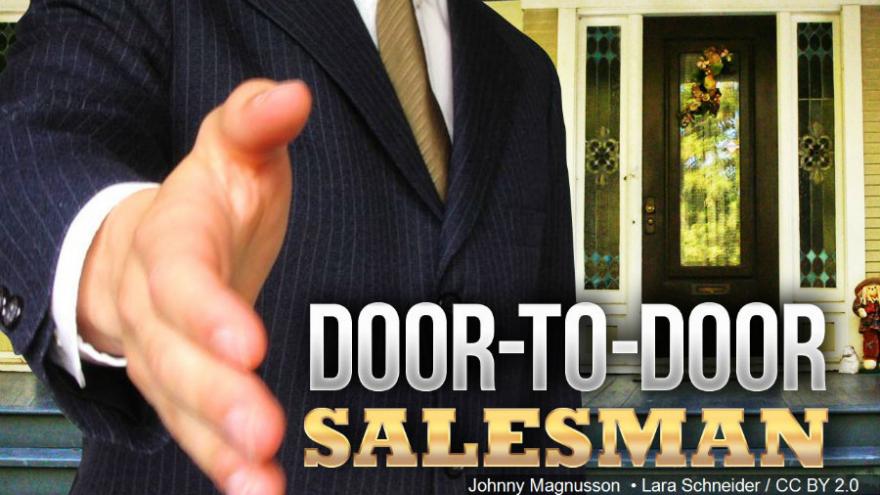 INDIANAPOLIS, IN (WRTV/CNN) -- An Indianapolis City-County Council member wants to make it harder for people to sell door-to-door to you.

District 23 Councilor Scott Kreider (R) wrote a proposal that would make it illegal for anybody to commercially solicit a private residence either after 9 p.m., or 15 minutes after sunset and if the resident does two things: post a "No soliciting" sign and register as a "No-knock residence."

"[Residents] shouldn't be in fear in their house if people are knocking on their doors," Kreider said.

The ordinance wouldn't apply to people knocking on doors for politics, non-profits, or journalistic purposes. Carmel is considering a similar proposal.

Tim Boyls said he was recently targeted by a solicitor who asked for money for a college scholarship.

"He was telling a story about how he needed to make money and raise cash for this competition and it didn't make a lot of sense," Boyls said.

Boyls said he asked the young man for more information, but he couldn't provide anything. Boyls declined to give him money.

Despite the unwanted attention, Boyls doesn't favor a full ban on door-to-door solicitation. As a real estate agent, he often makes connections door-to-door.

"I think all that sounds enticing for a politician to run off of," Boyls said. "I don't think that people need to be afraid of businesses coming to their door."

People should instead spend more time on their front porches to try and get to know their neighbors, he said.

"I understand that there is potential for someone to abuse that but I don't think that we necessarily need red tape or government involvement in that situation," Boyls said.

Kreider is hoping to introduce his proposal next Monday.