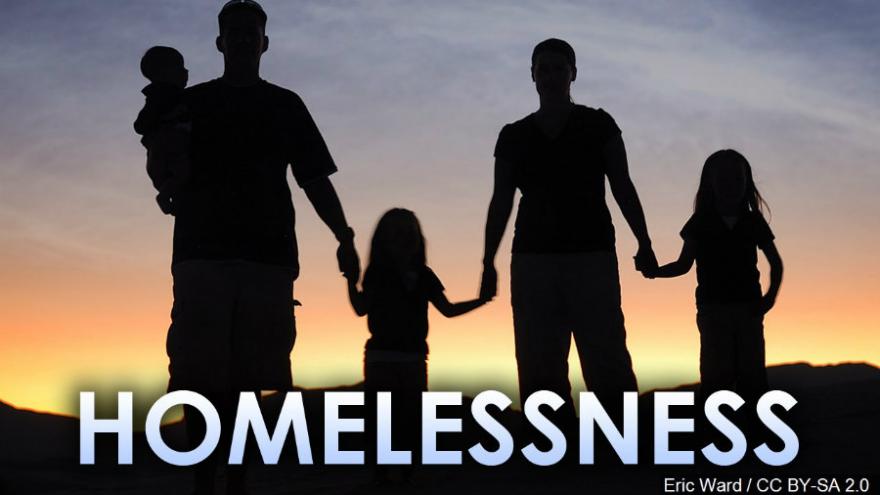 Portland, OR (KPTV) -- People in the Lents neighborhood of Portland say they don’t feel welcome in their own homes.

A homeless camp has set up nearby, and they say the people living there are getting louder and more violent.

Just this week — neighbors say they woke up to people living in their front yard, trashing it and yelling, and keeping them up at night.

The Oregon Department of Transportation spokesperson, Don Hamilton, says they’ve posted eviction notices there near SE 94th Ave. and SE Gladstone St., but they cannot force them to leave.

“Here in the Lents part we’ve gone forgotten, you know?” said one woman, who did not want to be identified.

People living in the area say they’re ready to take their neighborhood back.

“Sometimes it feels like we just can’t get out of the house. We have to be stuck inside the house because they’re out there arguing,” said Yesenia Hernandez, who also lives on the block.

Neighbors say what started as a couple tents, has grown into an entire camp.

“They won’t let us sleep at night. We come and they’re yelling at each other, or they’re fighting, or more people come during the night,” said Hernandez.

She says it was just days ago when her family woke up to a small village on their lawn.

“It stinks horribly in our backyard, because that’s where they do their necessities,” Hernandez told FOX 12.

Now, she says her father doesn’t allow the kids to play outside anymore.

The woman who didn’t want to be identified has a son of her own. She says Portland isn’t what it used to be.

“I remember those days. I wouldn’t trust him going past our fence, you know, by himself. I mean there’s activity all day and night,” she said. "One time my husband just approached him and said nicely to him, you know, 'Please stay out of our yard. It is private property.' He pulled out a knife on my husband."

It’s policy to post eviction notices — as they did in the Lents neighborhood earlier this month — no less than 10 days before they’ll pick up abandoned belongings.

“Very helpless, you know? We’ve called the city, we’ve called anybody that we could. They come out and clean up and they just kind of move to the side. And a few minutes later, they just move back in,” said the woman who did not want to be identified.

Hamilton tells FOX 12 after posting eviction notices, they can return with police officers for clean ups.

The Portland Police Bureau spokesperson, Chris Burley, says they work regularly with neighborhood groups to address these livability issues, and they’re taking a closer look at the camp in southeast Portland.