Italian journalist among the dead in Strasbourg 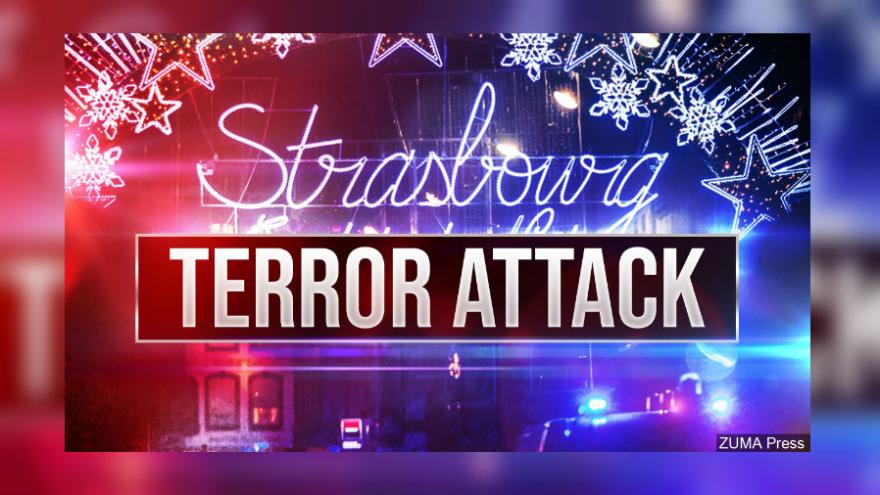 STRASBOURG, France (AP) — The Latest on France attack aftermath and death of suspect (all times local):

French police say four people have died in the attack Tuesday in the eastern French city and about a dozen others were wounded.

Conte tweeted on Friday that he was expressing "deep sorrow for the death of Antonio Megalizzi, a young man with great passion for journalism, for radio, for investigations and for European institutions."

Europhonica radio tweeted that "sadly we have to confirm that our colleague Antonio has left us."

Megalizzi, 29, was hospitalized in very grave condition in the first hours after the attack.

French President Emmanuel Macron says authorities are working to clarify how the suspect in the Strasbourg Christmas market attack was not stopped before he could act.

Cherif Chekatt had been on a French intelligence watch list for radicalism before he allegedly killed four people and wounded several others in Tuesday's attack. Police had tried and failed to arrest him earlier in the day.

Macron told reporters in Brussels Friday that France should "draw from the consequences" of any police failures and work on "what could be improved."

He said he discussed it with other EU leaders, and they agreed to adopt new measures on fighting against terrorist propaganda online. He didn't elaborate.

After the end of the European summit in Brussels, Macron is heading to Strasbourg to pay homage to the victims and meet with security forces.

The prosecutor's office did not reveal the identity of the fourth person who died on Friday but said the victim was among the injured in the shooting and previously described as "in critical condition."

The main suspect of the attack that took place near Strasbourg's Christmas Market was killed by police on Thursday night.

French President Emmanuel Macron will head to Strasbourg on Friday evening, one day after the suspect in Tuesday's attack near the city's famous Christmas market was shot dead in a police operation.

The president's office said Macron will go to the eastern French city after the end of a European summit he is attending in Brussels.

Macron wants to show his "support for the victims' families" and "pay tribute to the victims." He will also meet with security forces deployed in Strasbourg to thank them, according to the statement.

Three people died in the Strasbourg attack. The 29-year-old suspected gunman, Cherif Chekatt, was killed by police Thursday after a two-day manhunt.

The Christmas market in Strasbourg has reopened amid tight security a day after the gunman suspected of killing three people in an attack earlier this week was shot dead by police.

The main suspect, Cherif Chekatt, was killed on Thursday after he opened fire on officers during a police operation.

The site of Tuesday's attack was close to Strasbourg's famous Christmas market, which was closed during the manhunt for Chekatt.

Interior Minister Christophe Castaner attended the reopening and had a stroll in the market to meet with shopkeepers.

Access to the market has been reduced while extra police officers and military have been deployed to the site in addition to private security guards.

Investigators looking into the Strasbourg attack are trying to establish whether the main suspect was helped by accomplices while on the run, Paris prosecutor Remy Heitz said Friday.

The prosecutor, who handles terror cases throughout France, told a news conference on Friday that seven people are in police custody, including four family members of Cherif Chekatt. The 29-year-old was shot dead on Thursday during a police operation which took place in the Neudorf neighborhood of the city.

"We want to reconstruct the past 48 hours in order to find out whether he got some support," Heitz said.

The immediate aftermath of the shootout between French security forces and the suspect in the Strasbourg attack has been caught on camera from across the street, with video footage showing armed officers at the scene and the body of the man slumped in a doorway.

More officers arrive at the scene soon after, followed by crime scene investigators who take photos of the body and the surroundings.

The Paris prosecutor's office, which handles terror cases in France, formally identified the man on Thursday as 29-year-old Cherif Chekatt, a Strasbourg-born man with a long history of convictions for various crimes, including robberies. Chekatt also had been on a watch list of potential extremists.

Chekatt was suspected of killing three people and wounding 13 near Strasbourg's Christmas market on Tuesday night.