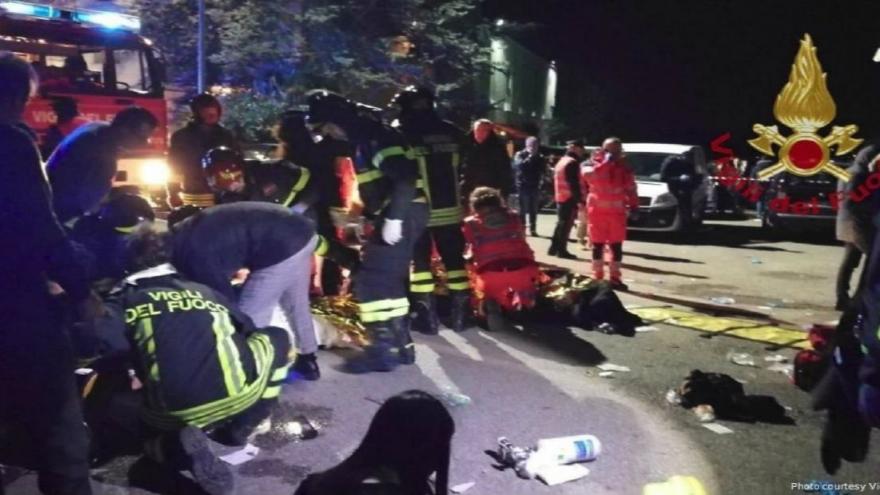 ROME (AP) — Italian police are questioning more witnesses to find who sprayed an irritant, triggering a deadly stampede in an overcrowded disco in a town near the Adriatic port of Ancona.

Police Col. Cristian Carrozza of the Ancona Carabinieri on Sunday declined to confirm Italian media reports that investigators had identified a juvenile as the alleged sprayer. He told RaiNews24 that police had questioned more than 80 witnesses to Saturday's pre-dawn stampede at the Blue Lagoon disco in Corinaldo and would speak to dozens more.

Five teens, all minors, and a mother who accompanied her child to the rap concert at the disco were killed in the stampede. More than 50 concertgoers were injured, with seven still in very serious condition Sunday.

Investigators say hundreds more tickets were sold than the disco could handle.