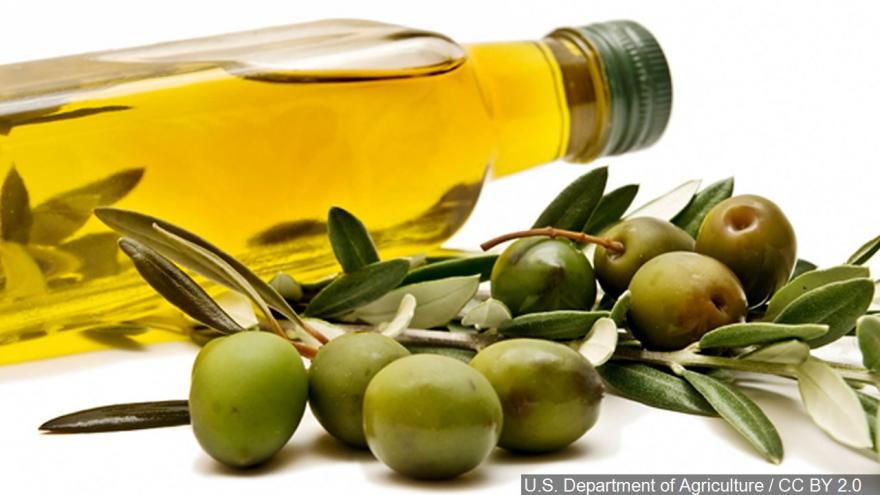 (CNN) -- Italy could soon be forced to import olive oil to stem a dramatic decline in production, a climate scientist has warned, as extreme weather events wreak havoc with harvests and threaten a shortage of one of the country's most essential culinary products.

Bad weather and frost have crippled the olive oil industry in recent months, causing a 57% drop in production over 2018 and costing the sector almost 1 billion euros ($1.13bn).

The fall has forced oil farmers onto the streets in protest this year, calling for aid and new measures to reverse the trend.

But extreme weather caused by climate change is likely to further damage the sector and could force Italians to look abroad for olive oil, according to Riccardo Valentini, director of the Impacts Division at the Euro-Mediterranean Center for Climate Change.

"We are getting more and more into this complex climate situation of extremes," Valentini told CNN. "In terms of production, probably we can expect this [decline] occurring more and more, if we're not able to cope with this."

"Olive trees are very sensitive to certain climatic conditions -- sometimes three days of freezing [temperatures] are more important than an average temperature over the year," he added.

Europe has fallen victim to radical hot and cold weather events in recent years, which scientists say are often caused or exacerbated by man-made climate change.

Italy was hit by a cold snap caused by the "beast from the east" in February 2018, before soaring heat swept the continent in the summer and strong winds and floods battered the Mediterranean nation in October.

"These experiences like freezing temperatures in the Mediterranean, or excess of water and heavy rains, but also the contrasts -- droughts, or high temperature -- are much more important than the average temperature."

Prices of olive oil jumped around 20% after a hot and dry summer caused a poor harvest across Europe in 2014. Two years earlier, oil was at record low prices after a bumper harvest.

"If this negative trend continues, there will be more [need] for importing oil from other countries," Valentini said. "Hopefully this won't happen -- but if this big trend carries on it may be the case."

'A big change to our lives'

Olive oil is a symbol of Italian cuisine and a staple produce across the country. While Spain is the world's largest olive oil producer, followed by Greece and Italy, oil is rarely imported into Italy from other countries.

"It will actually be a big change in our lives," said Valentini. "Italians have never used foreign olive oil ... it's very rare you find oil from other countries."

The hit to production was labeled an "emergency" by Coldiretti, the country's largest farmers association, which said an "unprecedented employment crisis" had struck the sector.

"To tackle the emergency, targeted intervention is needed to allow producers hit hard by the frosts to start again," Coldiretti President Ettore Prandini said in a statement at the time.

Puglia, the southern region which produces most of the country's olive oil, was worst affected, with the region seeing a "real massacre of 25 million olive trees," according to the group.