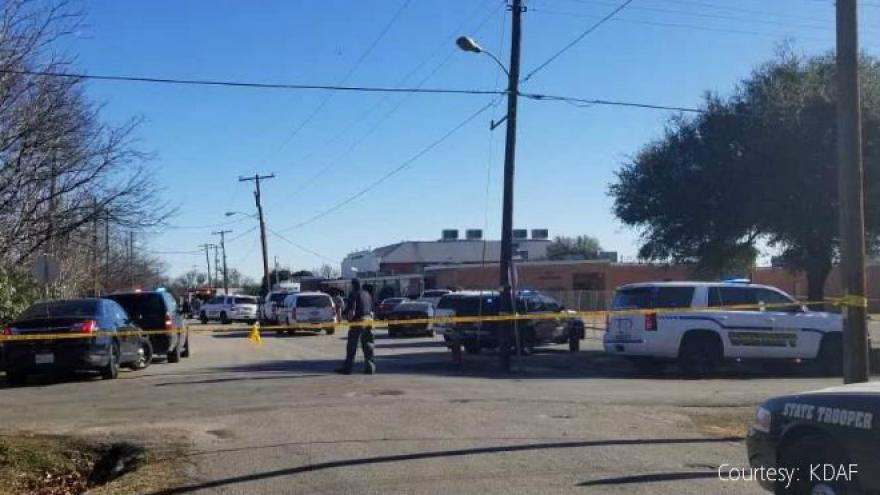 ITALY, Texas (KDAF) -- One person is in custody following a Monday morning shooting at Italy High School, according to the Ellis County Sheriff’s Department.

A 16-year-old male student is in custody, according to ECSO, after allegedly shooting a 15-year-old female student. The girl was air lifted to Parkland Memorial Hospital in Dallas.

The shooting happened in the school cafeteria at approximately 7:53 a.m., according to an ECSO statement. First responders joining ECSO were the Department of Public Safety, Hill County Sheriff’s Office, and the Texas Rangers.

Both the high school and Stafford Elementary School were put under lock down. Italy is 15 miles south of Waxahachie, in Ellis County, and 44 miles south of Dallas.

ECSO posted to Facebook an update saying students, under police guard, were being moved as the investigation continues.

Italy High School had 281 students last year, according to the Texas Tribune, with students enrolled from grades 6-12.