It's harder to find sale items at the grocery store 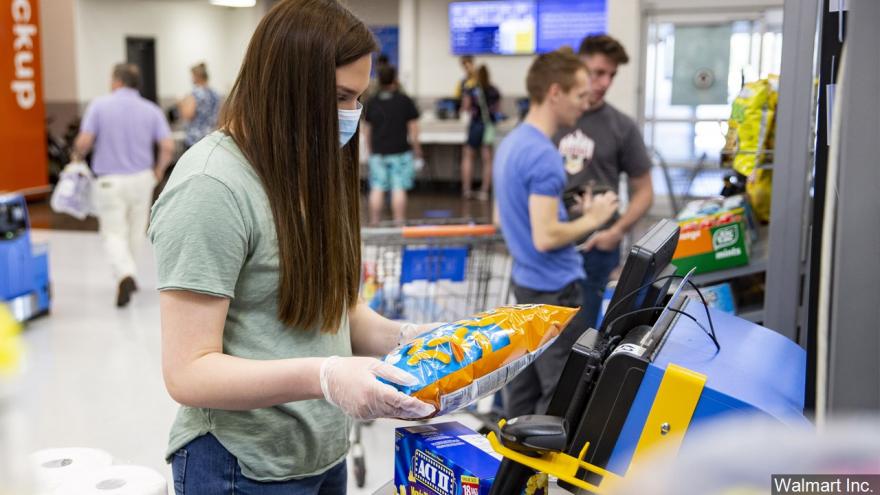 (CNN) -- Since the pandemic hit the United States in March, more Americans have been eating at home — and their grocery expenses have been growing.

That's partly because deals normally seen at the grocery store, like two-for-one specials, are getting harder to find.

Food companies that make products like Cheerios cereal, Progresso soups and Duncan Hines cake mix are offering fewer deals on items. Grocery stores, which buy those products in bulk often pass along those discounts to lure consumers into stores.

"You're not going to get as good a deal on [grocery] products today as you would have back in February," said David Driscoll, an analyst covering packaged food at DD Research.

Why too much demand is a problem

Before the pandemic, big food brands like Kraft Heinz, Campbell Soup and Nestle were in bitter competition with each other and smaller upstarts. Promotions, or deals on food items, were a way to try to win over consumers.

While grocers ultimately set the prices that shoppers pay, they also face fierce competition: Kroger, Walmart, drug stores and convenience stores are all battling for customers. They usually pass along the discounts set by food companies to attract more people to their stores.

"The retail world is ferociously competitive," Driscoll said. "As a consequence, much of these promotional dollars do get passed on to the consumer."

All that changed with the coronavirus pandemic, when people began stockpiling grocery items and eating at home more. In the three months ending June 27, grocery sales popped 12.7 percent, according to a recent analyst note from Wells Fargo which used Nielsen data.

Demand was so high, in fact, that one grocery store supplier says it worried about not being able to keep up.

In its quarter ended May 31, General Mills reduced some promotions, "particularly on our Cheerios franchise where we were a bit tight from a capacity standpoint," said Jonathan Nudi, group president of North American retail at General Mills, during an analyst call discussing the financial results. General Mills makes Cheerios and other cereals, as well as Yoplait, Annie's, Totinos and more.

He added that, "we saw retailers pull back on promotion as the focus was on keeping products in stock." The company plans to resume its normal discounting levels this year.

But at least two food companies continue to cut back on deals. "We are likely to see less discounting" in the future, said Conagra CEO Sean Connolly during a recent call with analysts discussing the company's financial results for the quarter ended May 31. He added that this could push prices items sell for at grocery stores slightly higher in the near-term. Conagra sells brands like Orville Redenbacher's popcorn, Birds Eye frozen vegetables, and Duncan Hines cake mixes.

At Post Holdings, which owns cereal brands like Honey-Comb and Grape-Nuts, deals "were in process in March prior to the implementation of widespread stay at home orders and continued during the industry-wide pantry loading phase of the pandemic," said Robert Vitale, CEO of Post Holdings during a May call with analysts discussing second-quarter financial results.

"This resulted in significantly higher sales of promoted product than historically seen," he said. But he added that he doesn't expect those deals to continue in the second half of the year.

In addition to concerns about running out of product, food companies and grocery stores have good reason to offer fewer deals now: why sell your products at a lower price if you don't have to?

"Sometimes the person who bought that product would have bought it anyway, so you just cannibalized your market by giving them a discount," Edris Bemanian, CEO of Engage3, a firm that uses data science to help grocery stores with pricing.

The deals will likely come back, Bemanian said, once grocery stores have to fight for their customers again. Until then, Americans will just have to do without those two-for-one specials.