'It's never been done before': Blind hiker to summit Colorado peaks 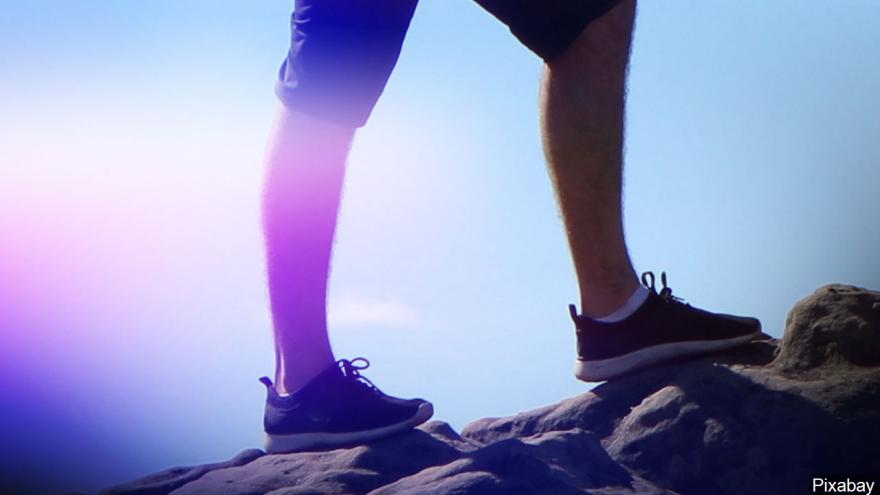 DENVER, CO (KMGH) -- From one perspective, this is how so many hikes begin.

"Right now, I'm shopping for fuel," said Trevor Thomas, walking through the Downtown Denver REI. "I need Isobutane to go with my stove."

But from his point of view, this is the beginning of something completely new.

"The thing that makes this very, very special is that it's never been done before," he said with a smile.

A self-described "ultra-endurance hiker, Thomas has hiked more than 22,000 miles all over the country.

"I don't know what possessed me to do it, other than I think the trails called to me," he said. "I decided I was going to solo hike the AT, which is the Appalachian Trail, and after I did that I was hooked."

Now, he is preparing for his next adventure: Colorado's Collegiate Loop and Mt. Elbert, about 200 miles in two weeks.

It is his new guide dog Lulu's first thru hike.

The man known on social media as "The Blind Hiker" says it is obviously not the vistas that keep him going.

"It's physical, but it's also very, very mental," he said."I remember maybe where was the sun on my face, what were the smells, was there dew on the ground, small things like moss on the side of a tree or a rock. So, I think my experience on the top of a mountain is much more robust."

And ultimately, what he sees is a chance to show others a different point of view.

"We are almost constantly told, 'Blind people don't do fill-in-the-blank,' and it's almost everything," he said. "But there is life if you are blind. I do the things I do to inspire the next generation and say, 'Anything is possible.'"

Thomas currently lives in North Carolina, but went to high school in Grand Junction and graduated from the University of Colorado and hopes to move back soon.