It's 'time change' time. Get set to move your clocks back an hour this weekend 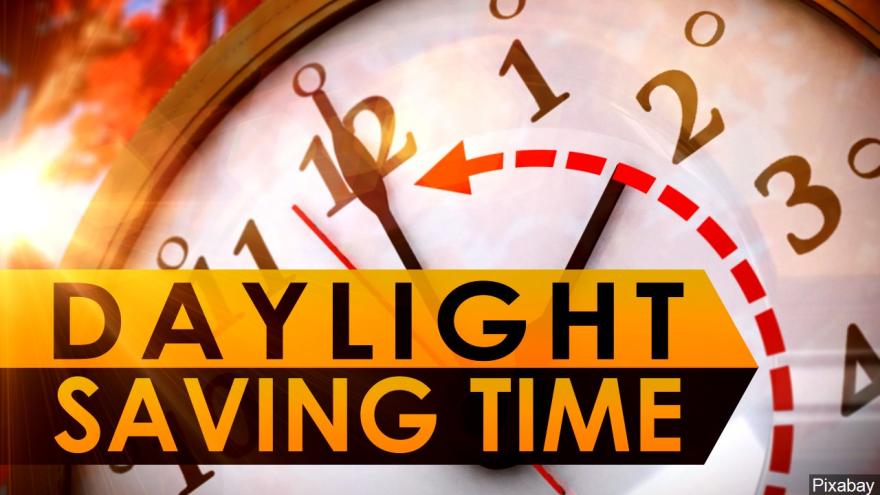 (CNN) -- It's the first weekend in November. You know what that means: It's time to "fall back."

Or more specifically, time for us to move our clocks back as daylight saving time comes to an end.

It happens at 2 a.m. Sunday, in essence allowing most Americans to relive the 1 a.m. hour all over again.

So people will get an extra hour to sleep or party or maybe go over that sample ballot before voting in Tuesday's midterms. Hey, we're not here to judge how you use your time.

The change affects all those in the United States except for people in Hawaii and parts of Arizona who do not observe daylight saving time. The territories of Guam, Puerto Rico, the US Virgin Islands and American Samoa also do not recognize the change. (Florida lawmakers voted earlier this year to stop doing the time-change thing, but it still has to be OK'd by Congress before that takes effect there.)

For those who do change the digits on their clocks, the sun will seem to come up earlier in the morning and it set earlier at night.

Now there's lots of debate about whether this twice-a-year time change is even worth it. There are studies that say moving the clock ahead one hour in the spring to start daylight saving time puts you at a higher risk for strokes and heart attacks.

But most of us really aren't that bothered by daylight saving time at all, according to a poll from Princeton Survey Research.

And there are some nice things about the move to standard time in the fall, beyond getting that extra hour. If we didn't set our clocks back, sunrise wouldn't be until 8:30 a.m. in many places. Falling back to standard time keeps the sunrise time a little closer to what we're accustomed to.

The idea for the time change came from legendary American inventor, statesman and founding father Ben Franklin who, in a 1784 letter to a French journal, suggested that Parisians could save thousands of francs annually by waking up earlier in the summer so they wouldn't have to buy so many candles to light the evening hours.

The United States didn't adopt the practice until the 20th century -- for a brief time during World War I, again during World War II and then on a state-by-state basis in the years after the war. It became a national policy, with some tinkering, beginning in 1966. Dozens of other countries now observe some form of daylight saving as well.

Of course, the extra hour that people will get this weekend only lasts so long. Americans will give it back by "springing forward" -- and turning ahead their clock -- one hour next March 10.